The Voyager 5200, the latest Bluetooth wireless headset from Plantronics, has a number of features that ought to appeal to any truck driver.

One of the most impressive of these features is Windsmart, which uses six layers of noise-cancelling technology on the Voyager 5200’s four microphones to eliminate background noise. It’s capable of even sensing the direction of the wind and adjusts accordingly. 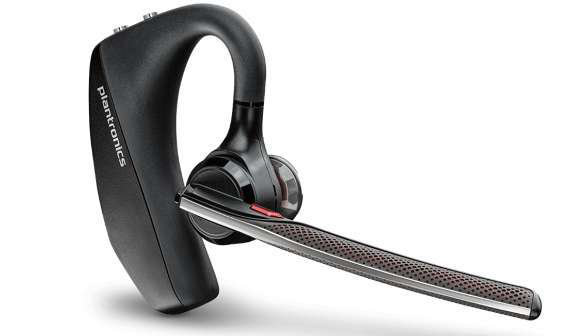 A similar sort of intelligence also automatically senses if it’s being warn and the Voyager 5200 directs call audio to where you expect to hear it.

A red two-in-one button on the Voyager 5200 activates Siri, Google Now, or Cortana. It’ll also whisper alerts to update you on talk time, and announce the names of incoming callers so you can simply say “Answer” or “Ignore” to calls without lifting a finger.

During calls, you can simply press the button to switch mute on and off. The Voyager 5200 will also tell you immediately if you’re speaking while muted, and timed alerts continually remind you when mute is still on.

Available in most travel centers and online.