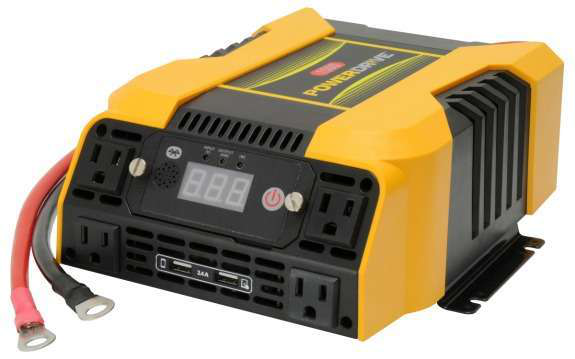 The PowerDrive 2.0 line of nine power inverters features more power, a dashboard-mounted control panel, additional ports and outlets and a Bluetooth-enabled smartphone app to make them even more beneficial to truckers.

All inverters, ranging from 100 watts to the new 3000 watt unit, have been upgraded with additional features, including:

These improvements are the first comprehensive upgrades to the PowerDrive lineup, according to the company.

“We added features and capacity because that’s what our customers asked for,” White said. “Today’s drivers are traveling with more appliances and electronics than ever and they need inverters that are powerful, mobile, convenient and reliable.”

Looking for better trucking days in 2021