A new study by a leading U.S. industry organization shows that pay and benefits for truck drivers continue to increase.

According to new data released today by the American Trucking Associations (ATA), median pay for drivers was on par with the national median for all U.S. households, and the industry offers drivers “competitive” benefits.

“The data in our Driver Compensation Study, which covered 130 fleets and more than 130,000 drivers, shows that now more than ever, trucking is an excellent career path,” said ATA Chief Economist Bob Costello. “Fleets are raising pay and offering generous benefit packages in order to attract and keep their drivers in the face of a growing driver shortage.”

Among the study’s key findings:

“As the economy grows, we are seeing an ever more competitive driver market,” Costello said. “The data in this report will be critical for fleets looking to recruit and retain the best drivers.”

The survey covered 130 fleets, more than 115,000 employee drivers and nearly 17,000 independent contractors, with data broken down by private, for-hire TL, LTL and drayage. Data is for the first half of 2014, except annual compensation, which was for 2013. 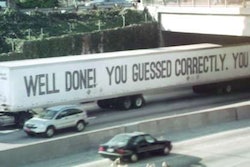 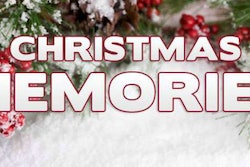 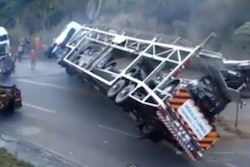 the wrong way to get right-side-up 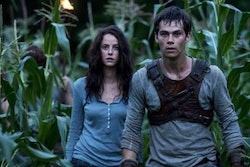