Music: plenty of new country to fill your cab

Need some fresh tunes to fill your cab on that next long haul? You’re in luck as three new country albums just arrived and one is on deck for delivery next week. Here’s the lineup:

Cody Canda & The Departed drop their first releases as a four-piece band. Canada is out front and wrote all of the songs on the new CD titled HippieLovePunk. In its preview of the CD, Rolling Stone Country called it, “… “a bigger, boomier version of the sound he’s (Texas-born Canada) been creating for roughly two decades.”

RaeLynn, the little lady with the big sound, delivered a five-cut EP just as she is about to be part of Miranda Lambert’s new Platinum tour. This singer who made a major impression on TV’s The Voice is rapidly gaining fans. The EP includes her hit single God Made Girls.


Doyle Lawson & Quicksilver may well be considered a national Bluegrass/Gospel treasure by most fans. The legendary mandolin player and his six-piece band are back with a new CD In Session. The new work covers a lot of musical territory, and showcases the skill that made Lawson a Bluegrass Music Hall of Fame inductee in 2012.

The Lone Bellow Then Came The Morning 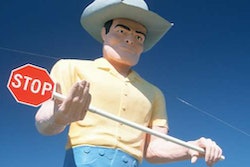