March is shaping up to be good month for curling up on the couch — or in your cab — and watching a movie or binging out on a favorite series. Both Netflix and iTunes have plenty of quality viewing on tap, so this could be a month for a lot of popcorn.

New in March to Netflix is the entire series of 3rd Rock From The Sun. This NBC sitcom ran for six seasons and chronicled the lives of four alien beings sent to Earth (the planet in the title) to study us. Stars John Lithgow as the High Commander, Jane Curtin as his love interest Professor Mary Albright, Joseph Gordon-Levitt, French Stewart and Kristen Johnston.

New on iTunes is the much buzzed-about Foxcatcher. This is the dark and true tale of how a rich enthusiast tries to build a wrestling dynasty and murders one of the team members he feels betrayed him. It was nominated for dozens of film awards, including five Oscars. It stars Steve Carell, Mark Ruffalo, Channing Tatum, Sienna Miller and Vanessa Redgrave. 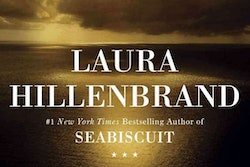 Partners In Love: ‘He knows me better than I know myself’