Something wicked this way comes … and it happens to be barreling down the haunted highways driven by several truck drivers who shared these tales.

I drove team Reno to Vegas to Reno five days a week. So, so many times while driving at night through Goldfield, Nev., I would swear seven out of 10 trips for 1.5 years I’d see figures watching me drive by from different windows of the long ago closed Goldfield Hotel. I then saw a show saying it’s VERY HAUNTED. I got goose bumps at that TV show.

Been down a haunted highway

The Creature of Tiger Mountain

It was in 1998, I was driving on Highway 18 over Tiger Mountain in Washington State at 2 a.m. I had my 11-year-old daughter with me, it was raining and dark. I was going about 30 mph as I just got done pulling the hill, had my brights on. If anyone has been over Tiger Mountain going east towards I-90, there’s a curve at the top before you start going down. My lights were shining at tree line along road, and I saw a creature standing next to a tree covered in hair with thick hair around face; and it was wild hair. He was looking straight at me and at eye level. I was in a new International, so a wild guess he was standing at least 9 feet tall. My daughter’s eyes were big and she said, “Did u see that dad?” I said yes. It was a main topic all the way to Michigan. We concluded we saw Bigfoot. You can believe or not, but I defiantly think they exist.

I was on the loop around Atlanta GA when a car started to drift over into my lane so I started to drift myself. Then the truck that was in that lane started blowing his horn and talking to me on the CB Radio. I told him that I couldn’t slow down or speed up because there was a car under my tanker, he then gave me all the room I needed as this ( D_ _ A_ _ ) came by me I was able to look and see that he was texting and never knew that he was under my tank. 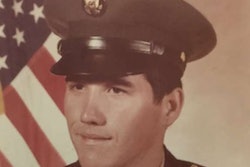