As a kid, Sean Harding knew he wanted to grow up to either be in the military, be Spider-Man, or be a truck driver. When he retired from the U.S. Army after 28 years of service, it was time for him to start trucking.

“I’m not shooting webs anytime soon, so it looked like I was going into truck driving,” Harding said.

Harding, from Kileen, Texas, pulls a reefer over the road for Stevens Transport. He was recently name a finalist for the 2017 Trucking’s Top Rookie award.

Harding is a company driver, but he already has plans for his own trucking business. Harding and his team driving partner, Greg Softy, formed Hell on Wheels LLC and are working toward buying their first truck. Harding retired as a Sergeant First Class and Softy retired as a Lieutenant Colonel, and they want to have a fleet full of fellow veterans.

“The idea was to create a company that was going to be veteran-owned and veteran-operated,” Harding said. “We want the kind of guys that are like us. We want the guys that don’t rattle easily.”

Harding’s career in the military has helped him find success in his first year of trucking. Skills like knowing how to deal with stress, time management, living in close quarters, meeting deadlines and communication have all translated well to truck driving. Trucking, just like the military, is also a team effort.

“A lot of people join trucking and they just think oh, I’m going to be this independent truck driver and do everything by myself, but that’s not the case. There’s a whole lot of support that goes into sustaining that one truck,” Harding said.

“In the military we call them combat support, but as a trucker it’s kind of trucking support. All of these support systems are in place to make sure that truck can move from Point A to Point B,” Harding said.

“You can’t tell a driver what to do unless you’ve driven. You have to know those things first,” Harding said.

The winner of the 2017 Trucking’s Top Rookie award will be announced during a ceremony at the Great American Trucking Show in Dallas, and will receive $10,000 and a package of prizes. 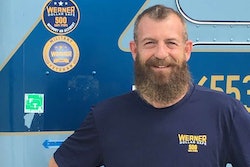 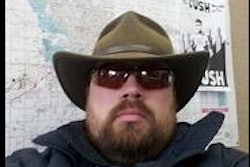 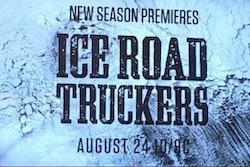