Late last year, Truckers News and our sister publication Overdrive surveyed our combined readership asking a series of questions to find out what drivers want.

Those questions covered topics as diverse as their pay and benefits, to how they feel about autonomous vehicles, and how they view their future and that of the industry as a whole.

Over the next several weeks, we’ll examine their answers and share some of their comments on the various topics we take up.

In this first installment of our series What Drivers Want, we look at why they got into the industry in the first place, and what irks them about their jobs. We’ll also find out what would make them change jobs.

But first, here’s a bit about the folks who responded to our survey.

A total of 812 drivers responded to our survey; 566 company drivers and 246 leased owner-operators. Most – 53% – are over-the-road long-haul drivers.

These are mostly veteran drivers, part of the mature cadre of truckers many in the industry worry will soon begin entertaining thoughts of retirement. Fully 72% of respondents are 55 years old or older; 27% are between the ages of 35 and 54 while just 2% are 34 and younger.

And, what did they get for all those miles?

That’s a snapshot of the drivers who responded to our survey. Now let’s look at what they said in response to our questions.

Why do truckers do what they do?

In this installment of our What Drivers Want series, we’re addressing why they do what they do, what they dislike about their jobs, and what would make them change jobs.

We asked, “Why did you get into trucking?” and gave them five possible answers to choose from:

It was older drivers who said they were drawn by open road: 36% 55 years old and older and 31% between the ages of 35 and 54. This response was chosen by almost an equal number of company drivers (34%) and leased owner-operators (35%).

We also gave respondents the opportunity to comment on their responses. Here’s a sampling of what drivers said:

“I started because no other job. Fell in love with it after

“Kept seeing on the news that there was a shortage of truck drivers so I decided to switch careers.”

“Tired of the layoffs in the oilfield.”

“I worked construction till the Reagan recession hit.”

“Former convicted felon, could not find work due to same. Got my CDL and the rest is history.”

“Got diesel in my blood as a baby; grew up riding with dad in a cabover Mack.”

“I started class B driving school bus then seeing big trucks with no screaming kids made me go bigger.”

“Steady work, paid training and it was a second career.”

“I got into (the) business because of the freedom, but now I feel all of that is progressively being taken away.”

“Found it hard to find a good paying job at 45. Was in management in most of my jobs, but when I was unemployed and looking for work I learned that a lot of employers wanted younger men, because they could pay less. Trucking seemed the only place I found I could make decent money.”

What thorns are in the sides of truckers?

As good a job as trucking is for many drivers who have stayed with it for many years, we also know it’s no bed of roses. For all the good the profession has, it also is far from without its faults.

To find out more, we asked, “What is the one thing you dislike most about your job today?” We gave them these possible answers and here’s how they responded:

Only slightly more company drivers (21%) than leased owner-operators (19%) agreed with the sentiment that trucking today is a thankless job that lacks respect.

It was also the drivers up to the age of 34 who most agreed – 27% – that what they most dislike about their job is the lack of respect. Just 19% of drivers between the ages of 35 and 54 lamented the lack of respect and just 20% of respondents who were 55 and older chose that answer.

Respondents also had an opportunity to comment on this question. Here are a few of their responses:

“Trucking Industry has gone downhill. No respect amongst the drivers themselves, or even the companies that most work for.”

“The government is constantly looking for ways to make the industry harder and less attractive.”

“I think crash mitigation systems are dangerous. A car cut right in front of me and brakes locked up in the middle lane on the DC beltway. Luckily traffic was light due to the late hour and no one rear-ended me. I understand what they are for: morons that fall asleep at the wheel. I have even had brakes come on when nothing was there.”

“Other than the fact that there are a lot more undertrained drivers on the road now. Not sure how some of them can pass a road skills test.”

“Love my job (but) hate what this industry has become.”

“FMCSA regs and city, county, state, company policies have forced me to make a decision to retire early. Parking problems and drivers blocking up fuel islands. Safety issues for my life and the speed limit in my truck is maxed at 65 mph. All this keeps me stressed out too much. Dealing with aggressive auto and big truck drivers is all too much too.”

“Too many truck drivers that are negative for our industry. No courtesy or concerns for anyone except themselves. Parking on fuel island, blocking (the) passing lane, staying in middle lane, etc.”

“ELD particularly forces one to push harder to maintain productivity, proposed speed limiter reg will increase pressure to wring every possible mile out of every possible minute. Hardly a recipe for a relaxed, patient approach to maintaining public safety and getting from point A to point B.”

“Driving is easy, but being in the truck for weeks is not easy and OTR drivers need better pay.”

“I have been over the road more than 50 years. I have a very good driving record. I don’t need someone to tell (me) when I need a break or how long a break I need.”

“What I *really* dislike is the increasing danger from other drivers- trucks and cars.  From drivers changing lanes far too soon to them hugging the fog line where truckers are throwing chains, it's notably much more dangerous than it was 4-5 years ago.  Enough so that economics aside I'm considering other kinds of jobs.”

So, there is no shortage of frustrations truckers encounter in their chosen profession. But, we wanted to know what would make them actually change jobs.

To find out more, we asked, “What would be the main reason you would consider changing jobs and driving for another fleet?” Drivers could choose one answer and, not surprisingly, here’s how they replied:

The only choice where the two types of drivers truly diverged was on the answer, “They offered me my choice of routes and hauls. Twenty-five percent of leased owner-operators chose that option while 20% of company drivers made that choice.

Drivers had plenty to say about why they’d jump from one company to another. Here are a few of their comments:

“The company I'm leased to is a perfect fit for me, good money,  and I choose where I go and home time for as long as I want.”

“Money is important too but respect is more scarce than money. Also no  governor on (the) truck.”

“It's all about the space between the ears: train 'em, respect them, pay fair wages, make them family, don't destroy the driver when mistakes happen, make them want to be there.”

“Extras such as SiriusXM and wifi in the trucks are just as nice as pay.”

“The money would have to be a weekly minimum set rate, my bills don't fluctuate and my pay shouldn't either.”

“I would never consider driving for a fleet. If I was to not be an o/o I might choose a smaller trucking company but never a huge fleet.”

“Dollars talk. it is an inescapable conclusion whether you are a (company) driver or O/O.”

“It's not always about the money. But that has a lot to do with it,  but when you feel like you are appreciated and are a part of the business, not just a body in the seat, and feel like you can grow with the company.” 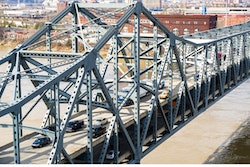 Project for I-71/75 bridge important to freight receives $1.385 billion 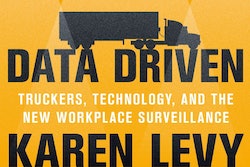 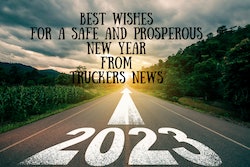 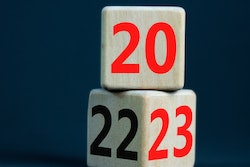