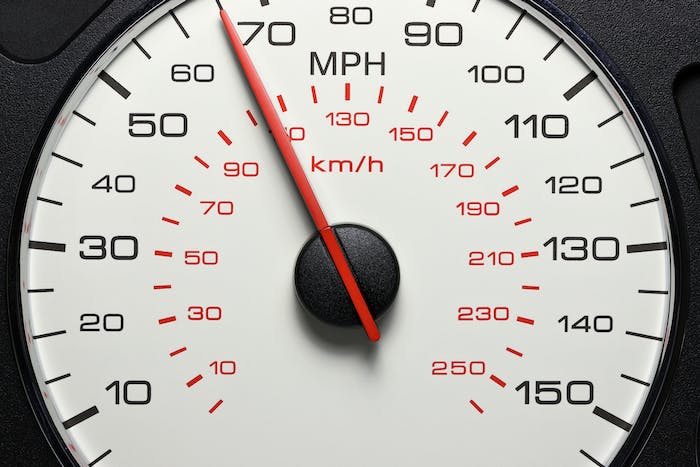 Two of the trucking industry's leading organizations have differing opinions when it comes to mandating speed limiters on trucks.

A March 3 letter from the American Trucking Associations and Road Safe America to Transportation Secretary Pete Buttigieg called for the implementation of speed-limiting technology on heavy-duty trucks. In 2016, the Federal Motor Carrier Safety Administration and National Highway Traffic Safety Administration issued a joint notice of proposed rulemaking that would have mandated speed control devices on trucks. But, speed limiters have been on the back-burner since 2017 when the Trump administration decided not to pursue a mandate.

In their letter last week, the organizations said they support the December 2019-proposed Cullum Owings Large Truck Safe Operating Speed Act, which called for all new commercial trucks to be equipped with speed limiters and to require existing speed-limiting technology already installed on trucks manufactured after 1992 to be used while in operation. The bill called for maximum speeds to be set at 65 mph, or 70 mph if certain safety technologies, such as an adaptive cruise control system and an automatic emergency braking system, were also in use. The bill also called for DOT to review every five years the safety technology available for trucks and recommend any improvements to speed-governing regulations.

On the other hand, the OOIDA on March 4 responded to ATA’s letter with one of their own to Buttigieg opposing a mandate of speed limiters. “We are adamantly opposed to any proposals that would create a separate nationwide speed limit for CMVs,” the group said in its letter.

OOIDA said the two technologies that would be required for a 70 mph limit under the previously proposed bill “come at a significant cost, and it will be mostly large carriers that can afford to use them.” The group notes not only the installation cost, but also the cost of maintenance when the systems fail.

“Under this legislation, owner-operators and small motor carriers, who oftentimes don’t use these technologies but have decades of experience and millions of miles of accident-free driving, would be limited to a lower speed than a brand new 21-year-old driver who has these technologies, but no experience behind the wheel,” OOIDA added. “In no way can this be said to improve safety. Instead, it will hinder small businesses’ productivity and profitability.”