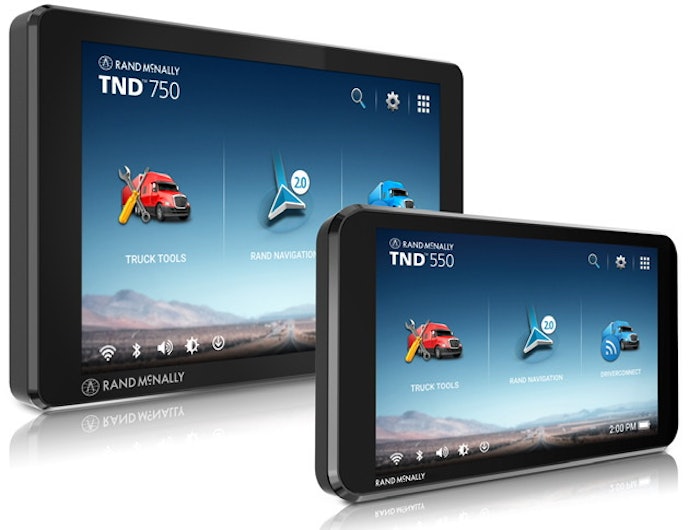 The TNDTM 750 and the TNDTM 550 truck-specific GPS devices are now in stores, and include Rand Navigation 2.0. The company’s new proprietary navigation software features truck routing, a clean interface, crowdsourced points of interest reviews, and new visuals, such as three-dimensional cities and landmarks. 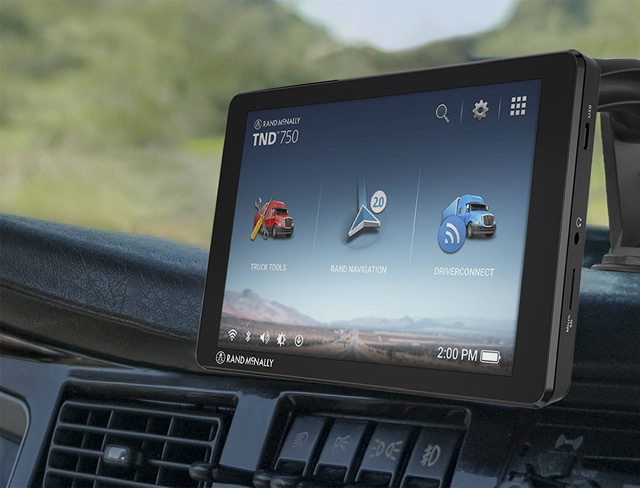 The TNDTM 750 with a high-definition, 7-inch screen and TNDTM 550 with a 5-inch screen, mark the sixth generation of dedicated truck-specific GPS devices for professional drivers.

“Since launching the first TNDTM devices, starting with the 5-inch TNDTM 500 a decade ago, Rand McNally has been committed to evolving and upgrading its devices with every new model,” said Stephen Fletcher, CEO of Rand McNally. “These new TNDs mark a giant step forward with upgraded hardware and the new, improved mapping and truck routing on board.

“The new navigation software greatly improves usability for drivers with more precise truck routing and options for avoiding traffic as well as a slew of advanced features like weather overlays and fuel prices.”

Besides new navigation, the sixth generation of TNDTM devices have been overhauled with faster processing, stronger magnetic mounts, and new designs. Key features include: