David Hollis (TN)
Mar 26, 2015
Brian Davis (on the step ladder) tidies up Wilson trailer. Brother Tom is on the ground.

The answer is: Forty-six speakers powered by 20 batteries.

The correct response — in the form of a question — is, “What’s on board the 2005 Peterbilt 379 that the Davis brothers of Owensville, Ind. are showing at the PKY Truck Beauty competition at the Mid-America Trucking Show in Louisville this week?”

At the show, the Pete’ — known as Super Freak — is put to a Wilson hopper-bottom trailer, and loaded with a powerful sound system. As a result, the rig functioned as the unofficial provider of the show’s musical background Wednesday as owners readied their trucks for the show.

“It’s a hobby gone wild,” jokes Tom Davis, who with brother Brian, is taking a break from their farm and 30-truck fleet. The Davis brothers farm corn, west and beans on 2,500 acres and haul mostly agricultural commodities and far equipment with their trucks. 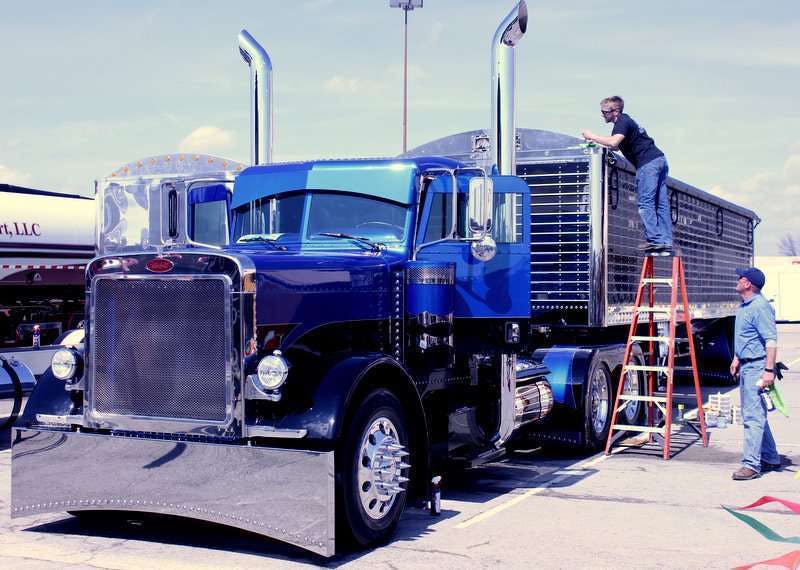 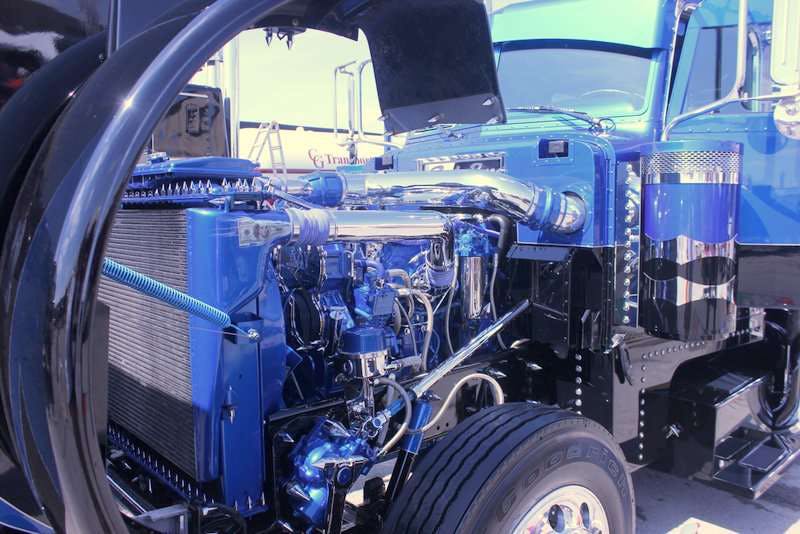 Under the hood of the 2005 Peterbilt 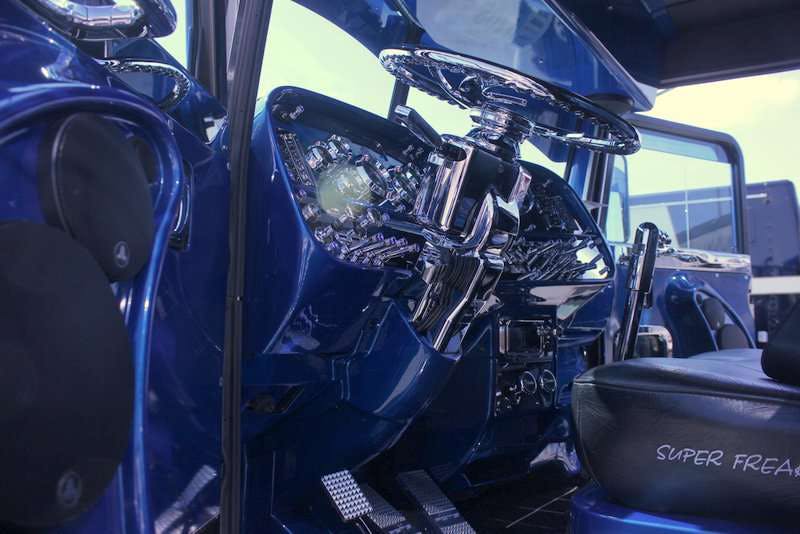 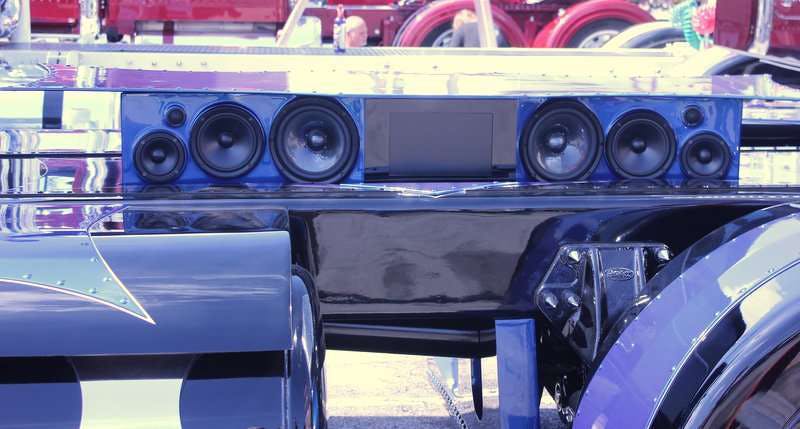 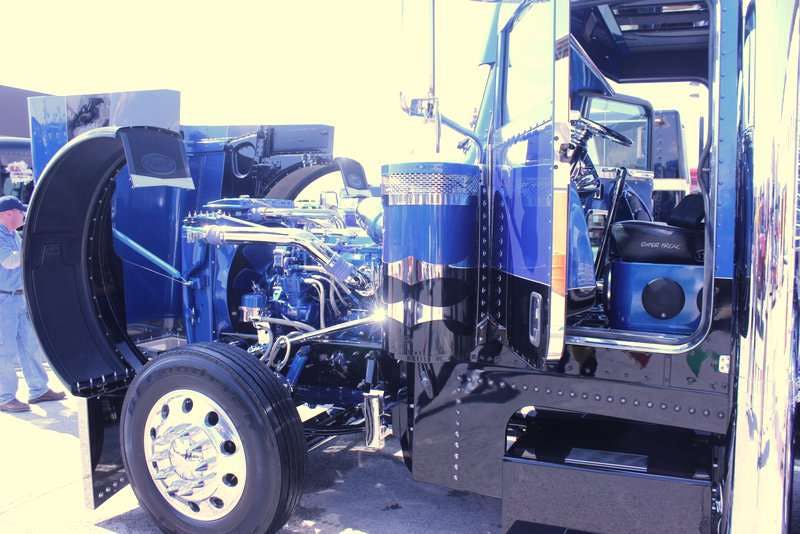 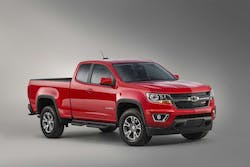 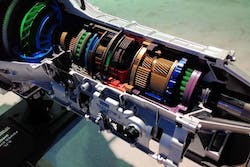 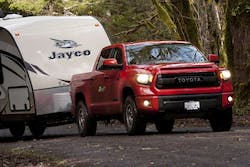 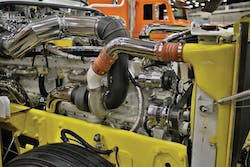