One of the nation’s largest trucking companies has increased the cruising speed of company drivers’ trucks.

Citing advancements in driver assisting technology, Lincoln, Nebraska-based Crete Carrier Corporation announced that as of Monday, June 12, it was increasing their trucks’ maximum road speed while in cruise control from 62 mph to 65 mph.

In a statement posted to its website, the company said there have been significant advancements in technology and aerodynamics that have had a major impact on safety and fuel economy, the leading reasons it limited truck speeds.

The statement said, “In recent years, there have been significant advancements in technology and aerodynamics that have had a major impact on these factors. Technology such as collision mitigation, roll stability, and adaptive cruise control, have improved safety.

“Crete’s truck and trailer suppliers continue to evaluate and innovate how they build their products to make sure they are doing everything they can to help lower fuel consumption. Continued investment in late model equipment allows Crete Carrier Corp. to stay on the leading edge of fuel-efficient equipment. In addition, utilizing software technology that helps the company plan and optimize fuel routing makes sure fuel is purchased at the best prices.” 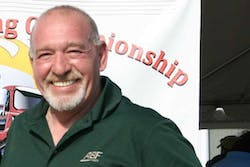 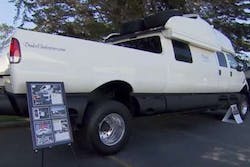 Price tag for pickup that sleeps six is just $6 million 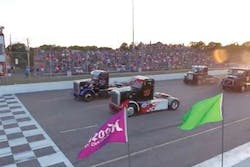 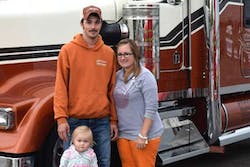