The North American Council for Freight Efficiency (NACFE) this week named the seven drivers who will pilot the trucks participating in next month’s Run on Less roadshow, an event intended to demonstrate the fuel economy capabilities of modern trucking equipment.

The run kicks off on Sept. 6, and culminates in Atlanta during the North American Commercial Vehicle Show Sept. 24–28. The event is produced by Shell, PepsiCo and North American Council for Fuel Efficiency.

The drivers and their equipment include:

No two trucks are alike, NACFE says, as each fleet selects its own combination of technologies to achieve the fuel efficiency goals.

Axles selected by the fleets include 6×4 axles, 6×2 tags, a liftable 6×2 and a 4×2. Several of the trucks are equipped with 15-liter engines, and others have a 13-liter and an 11-liter engine. All of the trucks will use automated manual transmissions purchased from three different suppliers. Half the trucks will be fitted with wide-base tires and the other half with duals. In addition, fleets have selected different options to assist them with idle reduction.

During three weeks in September, the drivers will haul freight from different locations across the U.S. and Canada and will demonstrate how Class 8 trucks can use different technologies to achieve the best fuel economy possible. Some of the routes have been confirmed.

One fleet with team drivers will deliver auto parts from El Paso, Texas, to Ellisville, Missouri. Another fleet will be doing dedicated store delivery in Illinois, Indiana, Michigan, Ohio, and Kentucky. There is also a fleet that will run a semi-dedicated route from Laredo, Texas, to the Carolinas. Another fleet will do a daily round-trip from Perry, Georgia, to Charleston, South Carolina.

The run kicks off on Sept. 6, and culminates in Atlanta during the North American Commercial Vehicle show Sept. 24–28.

The event is being produced by Shell, PepsiCo and NACFE. 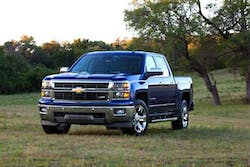 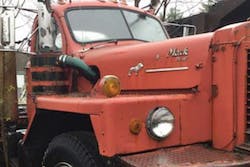 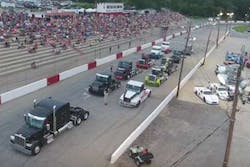