For the second year in a row, Kaleb Hammett out of Dodd City, Texas, took home Best of Show honors from Overdrive’s Pride & Polish at the Great American Trucking Show.

Best of Show winners were announced in five categories during the show – working bobtail, working combo, limited-mileage bobtail, limited-mileage combo and builders class – along with the People’s Choice winner in a ceremony held at GATS on Aug. 24.

Picking up Best of Show in the Limited Mileage Bobtail class was Mike Briseno driving for Lindamood Demolition out of Irving, Texas, with their 2013 Peterbilt 389, “Wicked Obsession.”

In the Limited Mileage Combo class, TJ Kounkel out of Merrill, Iowa, won Best of Show with his 2019 Peterbilt 389 and 2020 Wilson Silverstar livestock hauler.

Ray Thompson, out of Campbell, Missouri, won Best of Show in the Builders Class with his 2000 Peterbilt 379, “Foolish Habit.”

Turner, out of Ellenwood, Georgia, doubled up on awards by winning both Best of Show in the Working Combo class, as well as Trucker’s Choice. 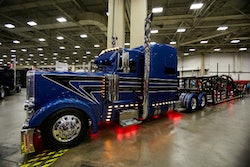 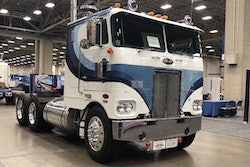 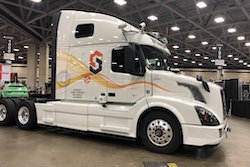 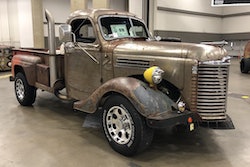 Rusted out rat rods on display at GATS