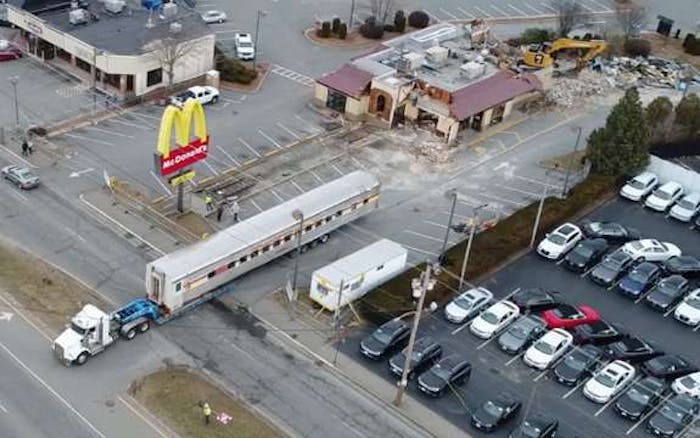 A train car that had been part of Fall River, Massachusetts McDonald’s restaurant since 1892 hit the road March 12 headed to the Newport Narragansett Bay Railroad Company in Rhode Island to be refurbished. The 85-foot and 70,000-pound was lifted by Dunlap Crane & Rigging and moved down the road by Astro Crane. The McDonald’s is being torn down and replaced with a newer version, according to The Herald News. 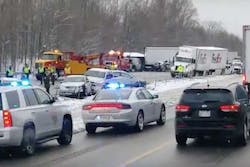 Snow causes massive pileup on I-70 in Ohio 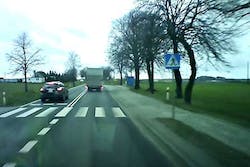 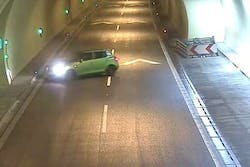 Jaw-dropper: Most insane u-turn you will ever see 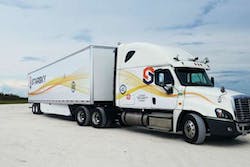