The driver of a tank truck tried to miss a teenage driver turning in front of him and wound up slamming into the front of a market on the corner of the street. The mishap occurred shortly after noon Thursday in Jackson Township, New Jersey east of Trenton. The trucker and the car’s driver suffered minor injuries. A least two people in the store — a clerk and a customer — were injured.

BIG RIG WRECK: Aerial footage above Jackson, New Jersey, shows first responders on the scene of a "major accident" involving multiple vehicles and a tanker truck that slammed into a grocery store, ripping away a huge piece of the building's wall. https://t.co/9n89QXeeaM pic.twitter.com/6t78w65Ub0 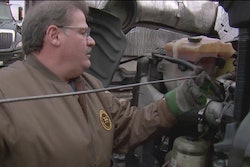 Trucker talks about his 35 years of accident-free driving 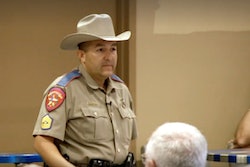 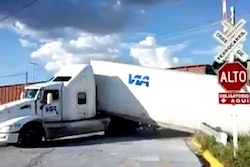 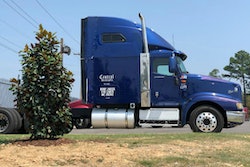 Driver’s death spurs creation of memorial on I-30