Rand McNally made the announcement last week at the Mid-America Trucking Show in Louisville, Kentucky. 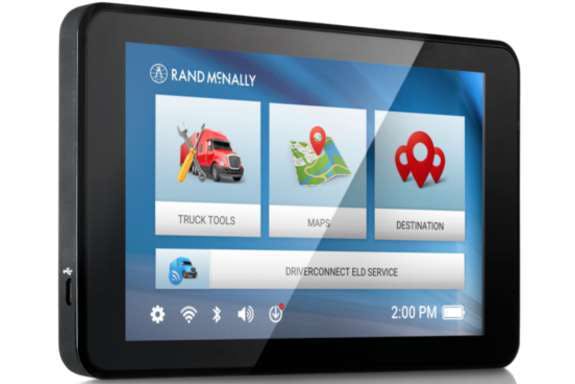 The faster, sleeker TND 740 was designed to save drivers time. A powered magnetic mount makes it simpler to take the device on and off the mount in the truck; over-the-air updates for maps and other content happen seamlessly in place of docking and downloading; and a quad-core processor delivers unparalleled power and smooth and responsive navigation.

“Our TND line has led the truck GPS market since the first device launched in 2009. With every new generation of product, we challenge ourselves to take leaps, not steps, forward,” said Stephen Fletcher, CEO of Rand McNally. “The new TND 740 device and platform delivers exceptional advanced features and superior engineering to deliver on that challenge.”

Key new features of the TND 740 include:

The TND 740 also comes pre-loaded with the Rand McNally Driver Connect logbook app and Bluetooth capability, which enables pairing with ELD devices – so the device is ELD-ready when drivers are ready. The app pairs with Rand McNally’s ELD 50 and DC 200 plug-in devices to provide an electronic logging solution.