In July, the Georgia General Assembly passed House Bill 673 also known as the “Hands Free Law”. In short, the new statute says a driver cannot have a phone in their hand or use any part of their body to support their phone, and you can only use your phone to make or receive phone calls by using speakerphone, earpiece, wireless headphone, or if your phone is connected to your vehicle or an electronic watch.

In all, 14 states have complete hands-free laws on the books, and seven others have partial bans. 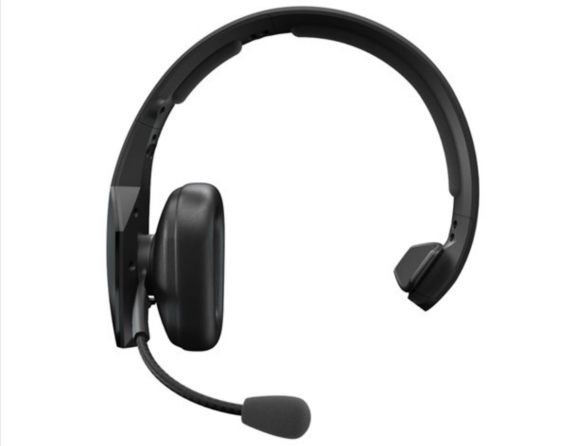 Enter BlueParrott, which in August introduced the B550-XT, saying it is “the world’s first 100 percent voice-controlled over-the-head headset to be IP54 rated.” The Bluetooth headset provides access to Google Assistant and Siri for all controls.

BlueParrott’s newest wireless headset features Voice Control Pro, to control calls, access voice assistants, and control apps, music and GPS directions. All a driver has to say is “Hello BlueParrott,” to make use of these and other features of the B550-XT.

It also boasts 24 hours of talk time, 500 hours of standby and 96 percent cancellation of background noise. It also lets you wander up to 300 feet from Class 1 paired Bluetooth devices, and its customizable Parrott Button provides one-touch access to favorite features.

The company also says it is the most comfortable over-the-head headset that the company has ever designed. The cushion size itself has increased over 10 percent. That means drivers can wear the headset all the time they are driving without discomfort.

Check out all the latest equipment in the RoadPro Gear Guide for the holidays.

Garmin adds dēzl OTR500, a compact addition to its line of truck navigators

Battery-powered fan ideal for extra cooling in your truck