My name is Adrian, and I’ve been a company driver for about nine years now. Back in late October of 2008 I was hauling bottled water from Seattle to a customer near Los Angeles, when a series of frightening events began that would span a period of about four weeks, quite literally scaring the hell out of me. I have photos to prove that the following story is true.

I was somewhere south of Medford, Oregon when it began, broad daylight and clear weather, although I don’t remember if it was cloudy or not. I do remember being in a foul mood, however, because October 2008 had marked the tenth anniversary of losing my young wife, Elena, to cancer; a milestone that, in hindsight, had brought up some deep resentments lurking below the surface for the last decade. In fact, I suppose I had been in a foul mood and at war with God for years.

Anyway, I was southbound on Interstate-5 when I happened to glance at the GPS on my dash just in time to catch the altimeter reading exactly 666 miles above sea level. A small thrill went through me, as seeing that number tends to do, but I shrugged it off and kept driving. A few minutes later, I reached for the Driver-Tech again to check an incoming message and just happened to catch the countdown odometer as the display informed me I was exactly 666 miles from my customer. This time I felt a chill creep up the back of my neck, but once again I dismissed it as a coincidence. I was sensitized now, like when you buy a new car and suddenly see your make and model everywhere. They were always there; it’s just that now you’re tuned into them whereas you had no reason to pay attention before. A little creeped out, but not worried, I kept on driving.

Later that same day, I stopped at the T/A truck stop in Wheeler Ridge for dinner just before heading up through Tejon Pass, but had another shock when my Burger King order rang up at $6.66. I would later fish this receipt out of the trash to take a cell photo of it and prove this story to my family, because this was only the beginning. When I fueled at the Flying J in Frazier Park, just a half-hour away, the pump clicked off by itself at 66.6 gallons. Right after delivering this load, I picked up a local run going to a customer in Carson. As is my custom, I had zeroed out my trip odometer before leaving and as I pulled up to the guard shack, I was almost afraid to look at the trip odometer. Sure enough, it read exactly 66.6 miles. Now I was starting to panic.

For the next several days, the number 666 appeared everywhere before me, multiple times a day, sometimes within seconds of each other, so fast and furious that there was no possible way to dismiss this as hyper-vigilance or coincidence. For example, as I backed into the only parking space left at the Pilot truck stop in Salt Lake City, my headlights fell across the hood of the truck in the space facing mine, and the truck number, of course, was 666. I searched for an empty trailer at our drop lot in Reno, but the only one I could find ended in 666. I stopped again at a Pilot to fuel, only to see that the license plate of the trailer in front of me had the number 666. This went on for days, coming at me from everywhere: on text messages, software downloads, receipts, cargo labels, customer addresses, billboards, BOL’s, street signs, fuel pumps, store displays, graffiti, multiple times on my Driver-Tech display; again and again, it kept coming, relentlessly, for two solid weeks.

I finally started keeping my cell phone camera queued up and ready, because no one was going to believe this was happening. Most of the pictures I took were useless – either too dark, too blurry or the image had passed before I could activate the camera, but I did manage to get about a half-dozen clear pictures so that my family wouldn’t think I had gone nuts. One of the last photos was taken after I pulled into the Wal-Mart DC south of Albuquerque, while “666 Los Morros Road” was beaming forth from the address bar of my GPS display.

It was terrifying. I tried to understand how this was happening, tried to come up with some rational explanation that didn’t involve my worst fear: that my internal war with God was finished and He had handed me over permanently to the enemy of our soul. Now, before you write this off as goofy, consider that just before this all started I pretty much had a complete melt down on the road. As I said, ten years earlier, my wife, Elena, had passed away after an 18-month battle with colon cancer. She was unusually young for this type of cancer, barely 29 when diagnosed, but she put up a good fight before passing away just a month shy of our tenth anniversary. I was left to raise our eight-year-old son and, like I said, became very angry at God. As I look back now, this rage had simmered below the surface for years afterwards, slowly destroying my finances, my relationships, and tanking my restaurant business, until I was forced to take up truck driving to save our home from foreclosure. I guess I didn’t realize just how angry I was until I found myself, a decade later, hurtling down Interstate-5, crying so hard and screaming at my windshield with such fury that I could barely see the road. I was challenging God and cursing Him with such rage that I finally said something so vile I actually scared myself and shut up. I knew I had crossed a line and I instantly regretted it; later that same day, this all started.

One more thing, which I only discovered as I was writing this essay – the TA truck stop with the Burger King receipt is on the corner of Wheeler Ridge and Santa Elena Drive. It might be nothing, but go figure.

Two weeks into this, and I had had enough. I was parked and waiting for a dispatch in a dirt lot just west of Bakersfield, when I took time to kneel in my bunk and ask God to forgive me for my outrage and blasphemy. I believe He did, and that very day felt there was peace between us once again. The story of how that reconciliation came about and what happened afterwards would fill several more pages, but I’ll save that for another essay. Suffice it to say that I went nowhere for awhile; work mysteriously dried up and I sat in that parking lot for almost two days, with plenty of time and no excuse not to open my Bible and have God show me a few things I needed to remember. Just as suddenly as it had begun, the incidents abruptly came to a stop the first week of November.

And that’s where this story would have ended had something else not happened. A few weeks later, around the end of November 2008, it suddenly started up again. At least one of my photos came from that second episode because I thought, “here we go again,” but two days later it abruptly stopped once more – this time for good. That confused me. I posted a video a few years later on YouTube describing these events, and was soon contacted by a gentleman named Steve Siler who asked if I would be willing to do a telephone interview for his online radio program. He was apparently researching a whole slew of reports of similar phenomenon involving the number 666 being experienced by others, as well; but was convinced it was related to the November 2008 elections. In my video I had begun to reflect on world events since my experience and wondered out loud if there wasn’t a deeper meaning to the timing of these episodes that transcended my personal outburst at God, but I couldn’t be sure. I still have the audio recording of that interview, although the sound quality is poor and the interviewer edited out my last few comments, either because of time or perhaps because my speculations didn’t quite line up with his expectations, but again, that’s a story best left for a much longer essay.

Anyway, in hindsight, I’m ashamed of my selfish behavior; if anyone had cause to be angry with God it should have been my wife, not me. But if she ever doubted Him, she never showed it outwardly. The only disappointment I ever heard her utter was sadness at not being able to watch our son grow up, but even then she made me promise to marry a good, Christian woman who would love him as much as she did. I know now that God understands our grief, and gives us room to question Him as long as we obey the scripture that says, “Be angry, but do not sin.” Compared to her, I failed that test big time. Still, it’s reassuring to know that, despite being disciplined in this realm, Christians can take comfort in the knowledge that when we finally stand before our Creator it will be as sons and daughters before a loving Father, not as enemy combatants before an eternal Judge. With that assurance, we have reason to face our inevitable passing with more peace than others who have no such hope. My wife certainly knew this, drawing ever closer to her Savior, Jesus Christ as her days came to an end, and impressing everyone with the courageous way she faced her death with such grace and dignity.

Had I thought deeper on it, I would have seen that my outburst was not only selfish, but ungrateful. Elena’s strength should have inspired me to remember to trust God, no matter what. After all, my son and I were alone for only a short time before God honored her request, sending that good, Godly woman she hoped for into my life to fill the void. I met Mary in an unusual way that I can only describe as having been orchestrated entirely by God, and we married soon after. Mary admits to being intimidated at first, but she humbly stepped into some big shoes and filled them very, very well, helping to raise Nicholas as if he were her own.

But that wasn’t enough; God apparently likes to stuff His gift boxes with extra goodies and Mary wasn’t alone when I met her. Nick instantly became big brother to three beautiful little girls – Christina, Priscilla and Ariana, who have since grown into three lovely and sweet young ladies. But God wasn’t finished, because he soon had a big brother, too. At our wedding was my oldest son, Richard, who had been estranged from me until Elena, on her deathbed, encouraged me to make peace with his mother and reconnect with him. I had not seen him since infancy, but now I look at pictures of our wedding and see a smiling boy making goofy faces along with a crowd of happy kids, all of whom have grown into fine, young adults, filling out my home and heart like I never could have imagined. We’ve certainly had our ups and downs, like any family, but the torch was passed and broken hearts were healed all over, which is fine because that’s how He rolls. ‘Nuff said.

Thank you for letting me submit this entry.

Driven a Haunted Highway? Tell us all about it. 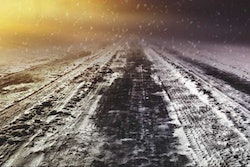 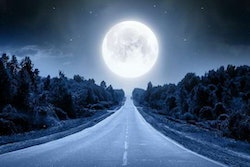 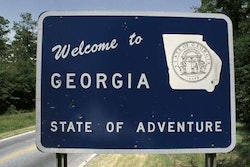 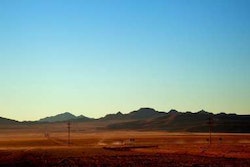