GATS to be alive with the sound of music

While it may not totally rival mega music festivals like the Bayou Country Superfest, Bonnaroo or Sasquatch, the Great American Trucking Show (GATS) will rock out in its own right later this month.

Not only will the trucking show Aug. 27-29 at the Kay Bailey Hutchison Convention Center in Dallas feature a free concert by one of country’s all-time top singer/songwriters, it will also host the crowning of a new top singing truck driver. And, there will be performances at the Red Eye Radio Booth.

James Jaillet, news editor at Overdrive and Commercial Carrier Journal, had the opportunity to chat with Anderson recently and you can see what the man who scored hits with songs like Seminole Wind, Swingin’ and Straight Tequilla Night has been up to. Anderson talks about his newest album, Goldmine.

Truck driver and singer/songwriter Tony Justice will open the concert for Anderson. The Friday (Aug. 28) show is free for GATS attendees, and tickets will be available the morning of the show on a first-come, first-served basis at the Trucker Path booth and the American Central Transport booth.

Red Eye Radio will host some musicians at its booth as well. They include:

Be sure to stop by the Truckers News booth #10051 at GATS, and fill out an i Luv My Trucker form. 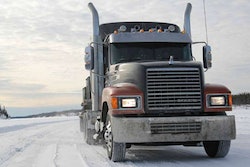