Growing up in New Orleans, trucker Brian Matthews was surrounded by large boats. When he was 19, he was working on one and spent his off time sketching. One day while he was sketching the Greek Atlas, he was approached by the ship’s engineer.

“The engineer came up to me and he asked if I knew how to draw diagrams, which I didn’t know how to do,” Matthews said. “He took two sheets of my sketchpad paper and told me to give him two days.”

Two days later, the engineer returned with a diagram of a boat’s hull sketched out on the borrowed papers. He encouraged Matthews to finish diagramming the rest of a boat. Matthews pulled out his ruler and got to work, figuring out where he wanted to place certain elements. When it was all said and done, he had a complete boat diagram.

“I was all ecstatic and he gave me this list to take to the hobby shop,” Matthews said of the engineer. “It was a list of materials: wood, paint, knives, and stuff like that. I went to the hobby shop and bought it and sure enough I went home and built it.”

His first model was a little wobbly and it wasn’t proportionate, but it kicked off a hobby that Matthews still continues with. He’s built 10 boats to date. Matthews says he learns something new with each build.

“To me, the more you build, the better you get at it. So I always wanted to see the outcome of it. It’s something I enjoy but to actually see the outcome of the boat is real sharp. It makes you want to go, ‘I think I can do this better. I think this here will be better,'” Matthews said.

His build process starts with the frames, stringers and hull. He then adds the deck and the inside of the engine room before moving on to major details like the engine, handrails and lights. After that, he shifts his focus to the interior of the first deck. Matthews includes a lot of detail in his boat models, including crew quarters, pots, pans, plates, forks, beds, toilets and deck lockers. On the next deck, he builds out the captain’s quarters, cook’s quarters and engineer’s quarters. The next deck then has the wheelhouse with steering controls, radars, chairs and more. Each deck is lit on both the inside and outside.  He finishes each project with the outside deck details: cables, ratchets, chain straps, smoke stacks, lifeboats, ropes, wenches, and more. His boats hold up on water and some are even remote-controlled.

Matthews crafts his boats to have the highest level of detail.

Matthews creates a custom design for each boat and spends about two months on a project. He’ll work on a project some as he’s getting loaded or unloaded, but the bulk of the work gets done on his 34-hour restart.

He stores the boats in his bunk while he’s driving and puts them across the seats when it’s time to work on them. The boats are usually about six feet long. He tries to sell the boats after he’s finished them. The highest he’s sold one of his boats for was $9,000, and the lowest was $5,000. He spends about $400 on materials.

“A lot of the boats I just draw from my head with my knowledge of what I know of boats,” Matthews said.

He builds his boats out of wood, instead of the more commonly used plastic kits, because it feels more authentic to him.

“You have some of these guys that build extremely nice boats but they’re not wood. It’s like c’mon, put your heart in it. That’s what I like. To put my heart into my work. To put my talent into my work,” Matthews said.

His favorite project is the steamer “Who Dat,” a boat he made in tribute to the New Orleans Saints football team. It’s his favorite because of all the detailing he put into it.

“I have their logo on it and I carved it out. It’s very well lit. The paddlewheel is extremely detailed. It has a really nice color scheme. I actually carved a lot of it out,” Matthew said.

Matthews liked big trucks as much as he likes big boats. He got his CDL in 1999. Matthews drives for E.W. Wylie, a Daseke, Inc. company.

“It always amazed me to see something that big running up the highway with no problems,” Matthews said.

Matthews’ craftsmanship caught the eye of Don Daseke, the chief executive officer and founder of Daseke, Inc. He received a phone call from Daseke himself asking him to craft a wooden truck model for him. Matthews happily agreed. A few days after Matthews finished the truck and gave it to Daseke, he received another call from him. Daseke wanted to meet in person to speak with Matthews.

“I was like, okay. I didn’t know what that was about. I met him and he told me, ‘I’m going to tell you what I want.’ I looked at him and I said, ‘What do you want? Boss, you got a lot of wanting here,” Matthews recalls. “He started laughing and I said, ‘No problem though, what would you like?’”

This time, Daseke wanted one of Matthews’ signature wooden boat models. Matthews crafted a custom blue boat with white detailing and hand-delivered it himself. He says it was an honor to build a boat for the founder of Daseke, Inc.

“I was real happy about it. Mr. Daseke was actually taking a liking to my work. It’s like I was in the spotlight. It was a real good feeling to know that my work was being touched by him,” Matthews said.

The boat was placed in the Daseke board room for all of 2017 and now proudly resides at the E.W. Wylie main office in Fargo, North Dakota. 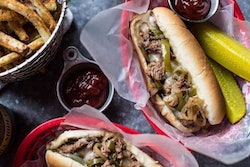 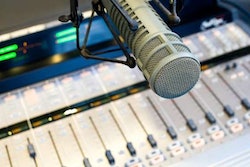 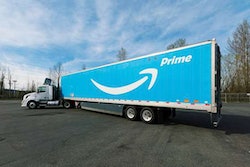 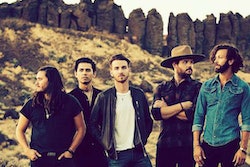