Survey finds what truckers like while on the road

Professional drivers know what they like and what they don’t, and aren’t afraid to tell you; sometimes loudly.

They have pretty distinct opinions about hours of service rules, electronic logging devices, non-truckers with whom they share the road, politics and sometimes even their fellow drivers.

Atlas Van Lines each year surveys its drivers on a variety of topics, everything from the coffee they drink to the motor oil in their truck. The company recently released the results of this year’s survey, to which 475 divers from across the country responded.

Here are some of the highlights of 2018 King of the Road Survey:

The survey also delivered some interesting insights into the lives of the company’s drivers and the job itself.
Of the 475 van operators who responded to Atlas’ survey, 31 percent of them said they are on the road more than 40 weeks a year.  A total of 63 percent of respondents drive between 50,000 and 999,999 miles annually. Interestingly, almost the exact same number of drivers have been on the job between one to three years (25 percent) aa have been driving 16 years or more (24 percent).
And, when not driving, 74 percent said their favorite pastime is to hang out with friends and family.
Related Stories 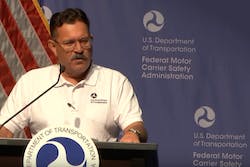 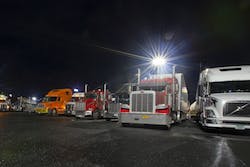 What drivers say about possible Hours of Service changes 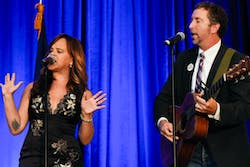 Gala raises $80,000 for Wreaths Across America