Trucker helps out when things change in front of him

Things can happen quickly on the highway, and on Texas trucker says, “You just have to stay focused and do the right thing.”

Because he did the right thing by freeing a fellow trucker from a serious crash, the Truckload Carriers Association named Richard Rubio, from Victoria, Texas, a Highway Angel.

The TCA recounts what happened: 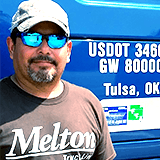 Rubio had just delivered a load to Houston and was southbound on Interstate 45. His wife, Barbara, happened to be riding with him and he was looking forward to some home time.

“It was around 9 a.m. and there was the usual morning traffic with everyone going about 55 mph,” Rubio said. He was traveling about a quarter-mile behind another tractor-trailer when, “All of a sudden I see him make an abrupt right turn as he’s crossing a bridge. The only thing that kept him from going over the bridge was a concrete barrier. He hit it so hard, it knocked a chunk of concrete off.” Another vehicle had cut in front of the tractor-trailer. “He had to hard brake and turn the wheel. Imagine doing that at 50 miles an hour,” said Rubio. “The trailer was upright but the tractor was twisted on its side.”

Rubio drove just ahead of the wreckage, put his four-ways on, and ran back to check on the fellow driver. “The cab was half crushed, and I could see the driver in there. He was trying to get out.” Rubio could smell fuel. “My first thought is we have to get this driver out of here before it catches on fire. I told the driver I would get him out.” Rubio ran back to his truck to grab his load bar. “I told him to close his eyes — I was going to knock the windshield out.” Another driver stopped to help and the two were able to pry out the windshield. “There was a lot of fuel leaking,” said Rubio, “but we were able to get him out. Luckily, it didn’t catch on fire.”

Rubio learned the driver was from Serbia. “I think we became lifelong friends after that,” he said. “He calls me every now and then. He even invited me to visit him in Chicago. We’ve talked about the accident and he told me that if he hadn’t turned the wheel hard to the right to avoid the other vehicle he probably would have killed a family that day.” Rubio said there were a lot of people stopping and shooting video on their phones and then they got back in their vehicles and took off. “My reaction was that I had to help the poor guy,” he said.

The driver sustained numerous cuts to his head, arms, and legs along with a broken arm. “I think about that day from time to time,” shared Rubio. “I’d stop to help anybody. What gets me is how in an instant things can change right in front of you. You just have to stay focused and do the right thing. That’s how I think about it.”

For his willingness to assist a fellow driver, TCA has presented Rubio with a certificate, patch, lapel pin, and truck decals. His employer has also received a certificate acknowledging their driver as a Highway Angel.

The program is made possible by Presenting Sponsor, EpicVue, and Supporting Sponsors, DriverFacts and Drivers Legal Plan. 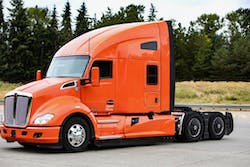 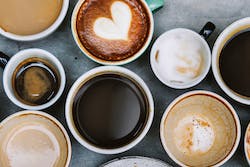 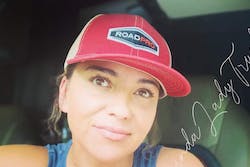