In testimony this morning before the Senate Commerce, Science and Transportation Committee, President Joe Biden's nominee to lead the Federal Motor Carrier Safety Administration Robin Hutcheson answered questions about, among other things, highway safety, hours of service for livestock haulers, women in the trucking industry, 18-21-year-old drivers, and the agency's role in attracting and retaining drivers.

In her opening statement, Hutcheson said "there is a spotlight on the trucking and motorcoach industry, and, if confirmed, I intend to keep the light shining."

Throughout the largely non-confrontational hearing, Hutcheson shined that light of positive answers on highway safety and programs spun from the Bipartisan Infrastructure Law and other Biden administration initiatives.

Sen. Tammy Baldwin (D-WIsconsin) raised the topic of women in the trucking industry, including the status of the Women of Trucking Advisory Board.

Hutcheson said FMCSA is still reviewing the 250 applications from women volunteering to serve on the board. She said she expects the first meeting of the board, which was created under the Bipartisan Infrastructure Act, to occur in late summer or early fall.

That board is meant to identify and help remove barriers to women who wish to enter and stay in the industry. Hutcheson returned to the creation of the board several times when asked about the industry's employment issues.

Hutcheson similarly referred to and answered questions about the Drive Safe Act pilot program to bring 18-20-year-old drivers into the industry. She said the apprenticeship program created by the Departments of Transportation and Labor already has 500 registrants.

She also cited the program and the Women Of Trucking Board as well as studies of drive compensation and detention when asked by Sen. Jon Tester (D-Montana) if she thought the FMCSA had a role to play in attracting more drivers.

Hutcheson added that efforts to streamline the CDL process should help address the industry's workforce issues. This also was an issue raised by Sen. Dan Sullivan (R-Alaska). He explained the size and lack of population centers can make it difficult for some Alaska residents to get CDL testing, some of whom may have to fly from remote areas to take the tests.

Sen. Jerry Moran (R-Kansas) asked Hutcheson for her view on using hair testing when screening drivers for possible drug use. Hutcheson said the FMCSA is still working with the Department of Health and Human Services on the topic and said the FMCSA would implement any recommendations that arise.

The hearing lasted about an hour and 45 minutes. Hutcheson now will wait for the committee to act on her nomination. If. approved, it would go to the full Senate for a vote.

Shortly after the hearing closed, the American Trucking Associations issued a statement urging her confirmation. The letter in part said:

"In a letter to the committee, ATA President and CEO Chris Spear cited Hutcheson’s experience and her work as FMCSA Acting Administrator as reasons for ATA’s support of her nomination.

“'Since her appointment as Acting Administrator in January, Ms. Hutcheson has worked closely with the trucking industry to confront supply chain, workforce, and safety challenges, while pressing forward with the implementation of vital programs included in the Infrastructure Investment and Jobs Act,” Spear wrote. “Ms. Hutcheson’s response to the challenges facing our industry has been timely and effective, and we are confident she will bring that same focus to her role as the Administrator of the FMCSA.

'Throughout Ms. Hutcheson’s tenure as Acting and Deputy Administrator of FMCSA, we have been particularly impressed by her candid, collaborative, and valuable engagement with motor carriers, drivers, and stakeholders throughout the industry.'"

I am grateful to all the FMCSA employees who have dedicated their careers to our country in pursuit of safer roadways and a safer commercial motor vehicle and motorcoach industry. For their tireless work, I offer a public thank you. It would be an honor to lead FMCSA employees across the Nation in carrying out our life-saving mission.

I would also like to note the honor of being here today in front of Senators who represent the special places I have called home: Connecticut, Colorado, Montana, Minnesota, and Utah, all of which have shaped my view of the United States we serve.

Currently, there is a spotlight on the trucking and motorcoach industry, and, if confirmed, I intend to keep the light shining, as we work to carry out the primary safety mission of FMCSA.

Fatalities are increasing dramatically on our Nation’s roadways, with recent data showing that over 40,000 people lost their lives in 2021. Of those lost, 800 were commercial motor vehicle drivers. Roadway safety affects not only those whose lives were lost, but the family members and loved ones who suffer the grief of loss.  We must do better, and I am committed to working with FMCSA, our stakeholders, and member offices to reverse this unacceptable trend.

In my previous position within the Department of Transportation as Deputy Assistant Secretary for Safety Policy, I led the development of the National Roadway Safety Strategy. The Strategy identifies numerous actions to improve safety for the men and women driving the commercial motor vehicle industry and all those with whom they share the road.  For FMCSA, such actions include increasing our investigations in high-risk carriers, and technology investments to close registration loopholes that would prevent unsafe drivers from ever being on the road.

Now, more than ever, Americans are acutely tuned into how our goods get to our homes – from the flour for the bread we eat, the clothes we wear, the bed we sleep in - we all have a better understanding that it probably came on a truck. People, in this case, drivers, are the most important part of the industry. It is a difficult job, and men and women have been working long hours to literally keep our economy rolling in the face of unprecedented challenges.

The importance of our nation’s motorcoach industry, responsible for safely transporting passengers throughout the Country, was underscored throughout the last few years. Approximately 300 companies and over 36,000 vehicles sat parked during the early days of the pandemic. The industry has put in the work to reestablish itself for the traveling American public.

The work of FMCSA and the industry is supported by the historic passage of the Bipartisan Infrastructure Law. I want to thank you all for the opportunity to work with you on the unprecedented investment, which will allow not only FMCSA, but our State and local partners, to carry out safety priorities to achieve our ambitious goal of zero fatalities on our Nation’s roadways.

The Bipartisan Infrastructure Law also dedicates resources to assisting the truck driving profession by creating a better, safer pipeline of drivers and improving recruitment and retention in the profession. I have and will continue to engage in discussion, ride-alongs, and other forums to deepen my understanding of the needs of drivers, and all of our critical stakeholders.

In the twenty-five years I have worked in the transportation industry, safety has always been the at the core of my work. I have had the opportunity to lead a large organization with front line and operational staff with boots on the ground, like those at FMCSA. I have learned that the foundation of successful leadership requires collaboration and transparency within the Agency and across stakeholder and Congressional relationships.

If confirmed, I will put my experience and dedication to work for the employees of FMCSA, the commercial motor vehicle industry, and the people of the United States of America.  Thank you for your consideration and the opportunity to be here today. I look forward to answering your questions. 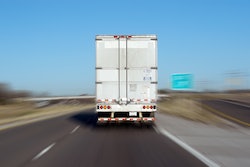 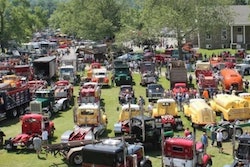 Two major classic truck shows next week and week after 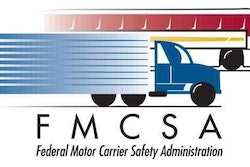 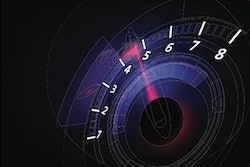