New data released by the Department of Labor last week presents a more positive picture of trucking employment through the first half of 2019 than indicated by earlier, preliminary data.

Instead of a lackluster 400 jobs added since January — compared to the nearly 50,000 between December 2017 and December 2018 — the DOL’s upwardly revised numbers indicate the for-hire trucking industry added 7,300 jobs on a seasonally adjusted basis in 2019’s second quarter and 11,700 jobs since the beginning of the year.

According to the DOL’s monthly Employment Situation Report, the second-quarter upswing was capped by a 4,300-job uptick in June. The U.S. economy as a whole added 224,000 jobs in June, and the unemployment rate climbed a tenth of a percent to 3.7 percent.

Employment in the for-hire trucking industry totaled 1.519 million in June — a gain of 36,800 jobs from the same month last year.

The transportation and warehousing sector as a whole in June added 23,900 jobs, according to the DOL, while major freight producing sectors like manufacturing and construction added 17,000 jobs and 21,000 jobs, respectively. 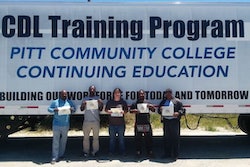 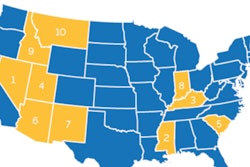 Here’s which states are best, worst for truck drivers financially