An Illinois truck driver was recently recognized for their actions at a collision and fire.

The Truckload Carriers Association named Trinidad Arebalo, from Crete, Illinois a Highway Angel for rushing to the aid of a driver involved in a multiple-vehicle accident.

It was after 2 a.m. and Arebalo was southbound on Interstate 55 outside Chicago one night in February when he came upon a multi-vehicle accident. A tractor-trailer was cut off by another driver and hit a patch of black ice causing it to jackknife. The driver of a four-door sedan wasn’t able to avoid the tractor-trailer and slid underneath the chassis and then caught fire. Arebalo pulled over as safely and quickly as he could and ran to help the driver of the car as other drivers checked on the truck driver.

Arebalo quickly discovered the driver, a young woman, was trapped in her vehicle and her foot was caught. “I knew I had to put the fire out since I couldn’t get her out.” He grabbed his fire extinguisher and was able to quickly put out the flames. Although the driver was conscious, Arebalo said she was somewhat incoherent. “She was in shock, in disbelief,” he recalled. As he assured her that help was on the way, she asked him to call her husband. Arebalo made the call and relayed what happened and then handed the phone to the driver. As she was talking to her husband, another vehicle came along, lost control, and narrowly missed them as it, too, crashed into the truck’s chassis. Arebalo waited on scene with the driver until first responders arrived. He was able to tell the driver’s husband which hospital she was being taken to.

Arebalo has been driving for five years, three of which have been with Nationwide Rail Services. 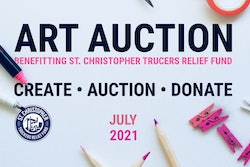 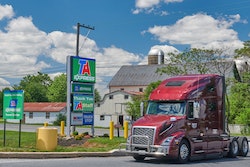 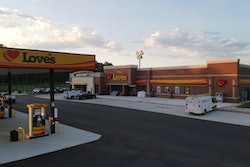 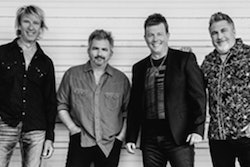