A professional driver from Texas was recently recognized for his actions at the scene of an accident in May.

The Truckload Carriers Association named Addis Tekelu, from New Braunfels, Texas a Highway Angel for stopping to rescue a woman after she suffered a medical emergency and veered off the road and into a wooded area.

Tekelu was southbound on U.S. 59 on the afternoon of May 18, several miles south of Diboll, Texas, when he observed a pickup truck ahead of him move to the right shoulder and a moment later drive off the roadway, instantly disappearing into a thicket of trees. Tekelu stopped and ran back to where the driver had gone off the road. “I called 911 right away and asked the dispatcher to guide me on what to do,” he said The vehicle was not visible from the road. Tekelu followed the vehicle’s tire tracks from where it ran off the road and made his way into the wooded area. He found the pickup, covered in brush and branches.

“I saw a woman trapped in the vehicle with lacerations to her head,” he said. He quickly began removing debris to get to the driver. “The windshield was shattered and the driver’s side was smashed in.” Tekelu couldn’t open the driver’s door, but he continued working and cleared enough debris away from the rear door to open it. He climbed in to check on the driver. “I asked if she could move, but she was in shock,” he said. “I kept talking to her and she asked me to call her husband. Then I asked her if I could pray for her and she said yes and we prayed together.” Tekelu stayed with the driver until first responders arrived. He was amazed that the driver was able to walk on her own. “I’m glad she was safe and I was happy I could help,” he said.

The police report stated that the driver, who was in her 60s, had experienced a medical emergency which made her feel faint. “It’s hard to believe that poor woman was able to get out of there safely,” added Tekelu.

He has been driving for 10 years. “I am originally from Ethiopia,” he said. “I’ve seen a lot in my life. In 1984 -‘85 we were in a big civil war. Lots of people were starving. I’m one of those kids who survived. I learned to be kind and to love. Love doesn’t have any color, no boundaries,” he said. “This is a great nation to give me an opportunity to enjoy the American dream. I know God will protect me and wants me to serve Him. One of the things is to love people and to be kind. We need to do the right thing out there, especially truckers. We are the backbone of this country.” 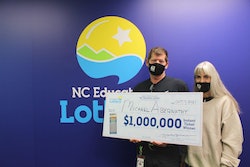 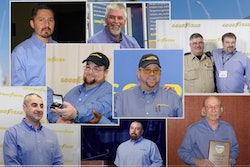 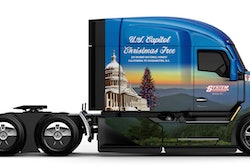 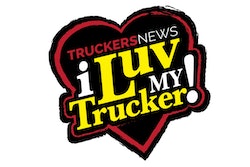