A veteran truck driver who was paying attention to what he called "red flags" led him to help out at the scene of an early morning accident, and be recognized for his efforts.

The Truckload Carriers Association recently named truck driver Joe Walker from Phoenix, Arizona, a Highway Angel for stopping to help an unresponsive woman who crashed into another vehicle parked on the side of the highway in the middle of the night. Walker, a 28-year trucker, drives for ABF Freight in Fort Smith, Arkansas

On May 9 around 3 a.m., Walker was driving east on Interstate 10 in Arizona when he became concerned.

“There was a lot of debris in the road—I had to dodge a lot of debris,” Walker said. “There were a bunch of red flags; I thought, ‘something’s not right’, so I pulled over to check.”

It turns out a car, with a female driver, had crashed into a parked vehicle on the side of the highway. The parked car had no driver, and the other car was severely damaged.

“The car was missing a whole wheel,” Walker said.

He discovered the female driver, who appeared to be in shock and was unresponsive. Walker called 911 and requested the police and an ambulance. He then put his safety vest on, and put up his emergency triangles to alert other motorists to the accident. A short time later an officer with the Arizona Department of Public Safety arrived on scene.  He found the woman had a minor cut on one of her legs and called a local fire department medic to respond. She was taken away by ambulance.

“Nobody was stopped and I don’t know how long she was there,” Walker said. “I’ve been driving for a long time and I just picked up on the red flags.”

Since the program’s inception in August 1997, nearly 1,300 professional truck drivers have been recognized as Highway Angels for exemplary kindness, courtesy, and courage displayed while on the job. Thanks to the program’s presenting sponsor, EpicVue, and supporting sponsor, DriverFacts, TCA is able to showcase outstanding drivers like Walker. 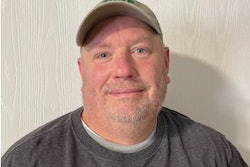 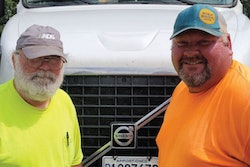 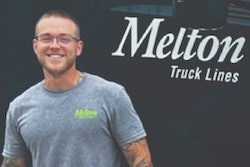 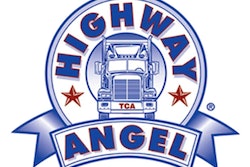