Restless nights can lead to not only a lack of alertness and increased accident risk but also greater stress and impaired memory. While most drivers are aware of sleep apnea and the industry’s focus on diagnosing and treating it, it’s not the only culprit that robs them of the recommended seven to nine hours of nightly sleep.

Poor sleeping habits and caffeine are two common sources of irregular sleep. Medical causes other than apnea include nasal problems, arthritis, asthma, chronic pain, depression and others. Some can directly cause insomnia, while others produce symptoms that interrupt sleep. Certain medications interfere with sleep.

Obstructive sleep apnea is a disorder in which the upper airway is blocked repeatedly during sleep, limiting or stopping airflow. It is diagnosed with a sleep study that records how many times an individual experiences slow or stopped breathing while asleep. A sleep study also looks at whether the blood’s oxygen levels are lower during such events.

According to the Mayo Clinic, risk factors for sleep apnea include obesity, having a thicker neck, having a narrow airway, being male, being older, having a family history of sleep apnea, alcohol use, smoking and nasal congestion. Truckers diagnosed with sleep apnea can continue to drive once it is medically treated, usually with a continuous positive airway pressure device that’s worn while sleeping.

An inconsistent sleeping schedule or regularly waking up in the middle of the night can mess up a good night’s sleep. Though a nap can restore alertness, taking naps – especially long ones in the afternoon – or sleeping late on your days off can disrupt nighttime sleep patterns.

A poor sleeping environment also can be a factor. The background noises of a truck stop can be intrusive. For an off-duty team driver, the truck’s movement can interfere with sound sleep.

Caffeine can have a stimulating effect within 15 minutes of consumption, reports the National Science Foundation. It takes about six hours for the body to process half of the caffeine. For some individuals, coffee consumed in the afternoon can cause sleeping trouble that night.

The NSF considers three eight-ounce cups of coffee per day to be a moderate amount of caffeine. Six or more cups daily is considered excessive caffeine intake. Even moderate doses of caffeine can cause insomnia. 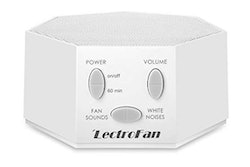 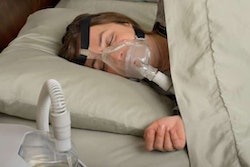 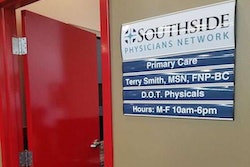 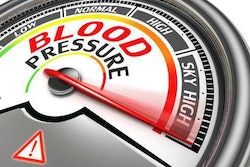