A broad coalition of trucking and other transportation organizations today called on the Federal Motor Carrier Safety Administration (FMCSA) to remove Compliance, Safety, Accountability (CSA) scores from the agency’s website.

The American Trucking Associations and nine other trade groups sent a letter to Transportation Secretary Anthony Foxx asking him to direct the FMCSA to remove the CSA scores from public view because recent government research that found the scores to be unreliable.

“Given the results of this research we urge you to direct FMCSA to remove motor property and passenger carriers’ CSA Safety Measurement System scores from public view,” wrote ATA President Bill Graves and representatives of the other industry groups. “Also, recognizing the merits of raising public awareness of fleets’ true safety performance in the future, we also call on you to direct FMCSA to make CSA improvements a high priority.”

The letter said a recent Government Accountability Office study shows, “FMCSA lacks sufficient safety performance information to reliably compare them with other carriers. The report went on to say that the lack of data “creates the likelihood that many SMS scores do not represent an accurate or precise safety assessment for a carrier.”

Because of that, the coalition’s letter concludes that removing the scores, “… will not only spare motor carriers harm from erroneous scores, but will also reduce the possibility that the marketplace will drive business to potentially risky carriers that are erroneously being painted as more safe.” 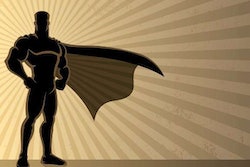