“Every day we think about the image of the trucking industry and work to improve it from a company standpoint and personally,” said ATA Vice Chairman Kevin Burch, president of Jet Express Inc., Dayton, Ohio. “The awards we presented today celebrate a company, organization or individual who over the past year has worked tirelessly to generate positive awareness of the trucking industry.”

This year’s first three winners were:

In addition, ATA Chairman Phil Byrd announced that Kevin Burch was also being honored with a Mike Russell Trucking Industry Image Award for his passion for the industry, his commitment to improving its image and his tireless work with Trucking Moves America Forward.

The Mike Russell Trucking Image Awards are named in honor of the late Mike Russell, a trucking industry supporter and former ATA vice president of public affairs, and are sponsored by TMW Systems.

The ATA also honored seven executives with a combined 115 years of experience at today’s Advocacy and Government Affairs Luncheon:

In addition, Sculley was honored for 10 years of service as executive director of the Vermont Truck & Bus Association. 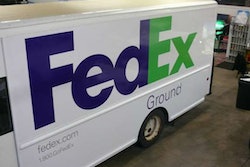 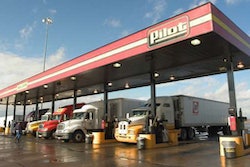 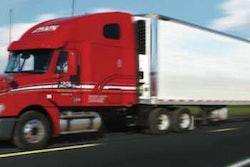 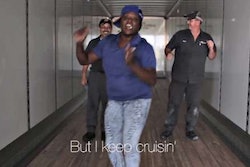