The special trailer wrap on a new West Side Transport trailer.

Employees at West Side Transport, a Cedar Rapids, Iowa truckload carrier, raised more than $30,000 to purchase a trailer wrapped to increase awareness of and funds for the fight against cancer.

The 2017 53-foot Wabash trailer is decorated with 12 colored cancer ribbons. It reads “Convoy for a Cure” along the side. West Side Transport held a launch party for the trailer Tuesday, Aug. 23.

“Cancer affects all of us in some way either through your own fight with cancer, a family member, friend or co-worker,” said Ron Joseph, COO of West Side Transport. “West Side wanted to create awareness while also raising money to fight against this horrible disease.”

West Side Transport pledged a portion of the monthly revenue from the trailer to be donated to a Cedar Rapids cancer charity every year for the life of the trailer, which is estimated at about 12 years.

West Side Transport is a dry-van carrier operating a fleet of 550 late model power units and 2,100 dry-van trailers throughout the United States. 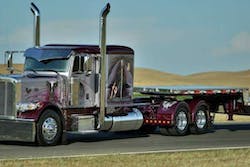 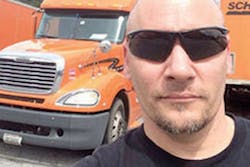 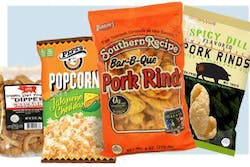