Sometimes a person winds up in the wrong place at the wrong time, but still manages to do the right thing.

Such was the case for a Missouri truck driver stranded in a Walmart parking lot in Baton Rouge when torrential rains and flooding damaged or destroyed thousands of homes in Louisiana.

According to a report in the West Plains (Missouri) Quill, Michael Joyner detached his trailer and with a another driver set out to find a route out of the flooding. But as he drove, he saw people in distress. As Mary Ewers wrote in the Quill:

“Families were wading their way through waist-high, murky water, with a few possessions wrapped in bags being toted over their heads. Babies were straddled parents’ shoulders and some luckier flood victims paddled their way down what used to be streets on makeshift rafts and kayaks.”

That’s when Joyner, who drives for Schneider, decided it was more important to help those in need than to find a way home. He and his fellow driver made 12 trips ferrying people to safety.

But, it appears even that was not enough. He stuck around on Sunday and helped National Guardsmen with further rescue efforts. 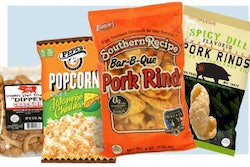