Trucking companies and organizations nationwide are helping communities through volunteering and making donations this holiday season.

Minnesota trucking organizations have been collecting toys for the annual Trucks & Toys campaign.

The campaign was started by the Minnesota Trucking Association, which oversees the annual drive. The association’s safety counsel created the program about 20 years ago. They collect monetary donations, which is used to purchase toys, and donations of toys. This year, they collected about 3,500 toys.

Kelly Snyder, MTA’s manager of marketing communications, said it takes an army of volunteers to make it possible.

“They love being involved and I think the most benefit people get out of it is volunteering with us, that’s where we get the most feedback,” Snyder said.

The toys are distributed throughout the state with the help of trucking companies and volunteers.

The donations raised by Kottke are distributed through 17 counties in Minnesota. Kottke joined the program almost 20 years ago, and has participated every year since. Shamblin said their drivers look forward to making the campaign successful each year.

“I would say the response is absolutely awesome from all of our drivers. They just get really excited and interested and involved, willing to donate whatever,” Shamblin said.

Other trucking organizations in other states are also helping their local communities during the holidays. 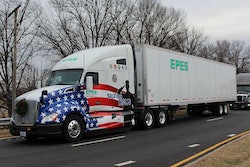 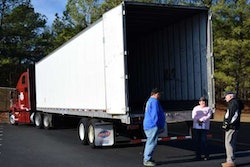 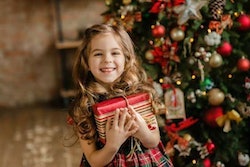 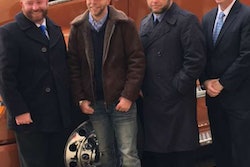