Truck leaves I-69 and plows through Indiana church

The driver of  truck Friday, Dec. 9 said he was choking on a cough drop just before his truck left I-69 and and crashed through a church in rural Indiana south of Fort Wayne.

Daniel Castel, 44, of Roseville, Michigan, reportedly driving north on I-69 when his truck left the highway, crossed a county road and drove through the middle of the Living Hope Church. No one was in the church at the time of the crash, and Castel was transported to a hospital with what were called non-life-threatening injuries.

“An Indiana State Trooper was going south on I-69 at about 2 p.m. when he saw vehicles pulled over on the shoulder.  As he slowed down, one of the motorists began pointing across the interstate to the northbound side.  The trooper looked across the road and saw the semi, which had been pulling a loaded flatbed trailer, about 50 yards east of the interstate.”

A four-car crash occurred in the northbound lanes of I-69 when motorists slowed down to look at the scene. 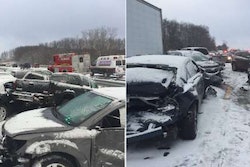 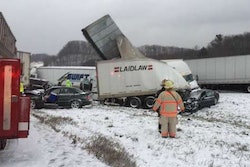 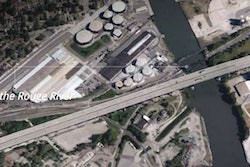 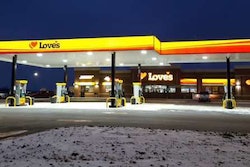