A small Georgia trucking company has been shut down by the Federal Motor Carrier Safety Administration, which called the company “an imminent hazard to public safety.”

FMCSA initiated a compliance investigation after receiving information last month that Daya Trucking may be a reincarnated and/or an affiliated entity of Ekam Truck Line, LLC, . The FMCSA said that in 2017, Ekam agreed to enter into a consent order as a condition of upgrading its proposed safety rating from “unsatisfactory” to “conditional.”

Ekam’s proposed “unsatisfactory” rating had resulted from an investigation revealing numerous safety violations.  That consent order required Ekam to take specific actions to improve safety, and it prohibited Ekam, its owners and/or any individuals related to Ekam from applying for USDOT/FMCSA registration as another motor carrier, according to the agency.

The FMCSA said Ekam Truck Lines, however, failed to comply with provisions in the consent order and evaded it by applying for USDOT/FMCSA registration as Daya Trucking, LLC.

Daya Trucking may be assessed civil penalties of up to $26,126 for each violation of the out-of-service order, according to the FMCSA. The carrier may also be assessed civil penalties of not less than $10,450 for providing transportation requiring federal operating authority registration and up to $14,739 for operating a commercial vehicle in interstate commerce without necessary USDOT registration.

If violations are determined to be willful, criminal penalties may be imposed, including a fine of up to $25,000 and imprisonment for a term not to exceed one year. FMCSA said it is also considering civil penalties for the safety violations discovered during the investigation and may refer this matter for criminal prosecution.

A copy of the Imminent Hazard Out-of-Service Order is available here. 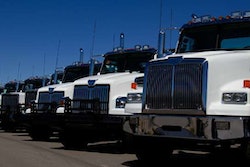 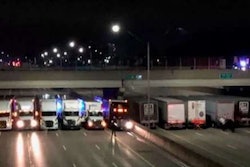 Truckers line up to help cops keep man from suicide 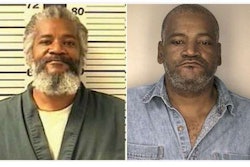 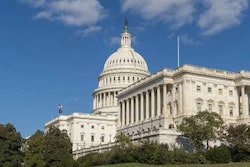