Storm could drop foot of snow in NY and Pennsylvania

UPDATE: As of 6 p.m., all tandem combinations and empty trailers are banned on I-84. The ban is in place from the Pennsylvania state line to the Connecticut state line.

Due to weather-related roadway conditions, the Pennsylvania Department of Transportation has reduced the speed limits throughout the state to 45 mph. In addition, I-83 northbound was closed between MM 28 and MM 40 due to multiple disabled vehicles.

Snow and sleet are expected to continue through this afternoon. Visibility is poor. Several incidents have been reported on the PA Turnpike and crews continue to treat the roadway.

Two people died in Mississippi in a weather-related traffic accident overnight, and some 350,000 customers are without electricity in Ohio, Kentucky, Indiana and elsewhere as the first major winter storm of the season sweeps over much of the eastern U.S. Some 40 people were injured in a bus crash on icy roads in Mississippi Thursday.

Portions of much of the East remain under Winter Weather Advisories or Winter Storm Watches today and into the weekend.

Forecasters are calling for rain, freezing rain and up to a foot of snow between now and Saturday for some areas from the Mississippi River through northern New England.  The storm is expected to impact the Ohio Valley, Appalachians, and Mid-Atlantic today and the Northeast tonight, delivering as much as a foot of snow to the interiors of Pennsylvania and New York.

Meanwhile, another area of snow will spread over the northern Rockies and northern Plains tonight and on into Friday. The northern and central Rockies could see 6 to 10 inches of snow in higher elevations, and 2 to 4 inches of snow are expected from the Northern Plains into parts of the Upper and Middle Mississippi Valley by Saturday morning.

Use the comments section below to tell us what you’re encountering as you drive. 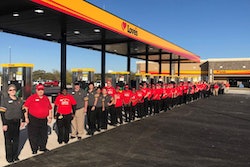 92 truck parking spots added off I-30 in Texas 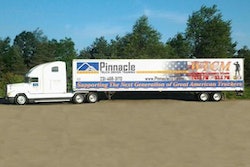 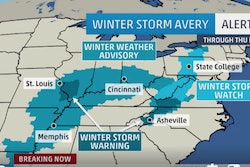