Michael Troy Mack was arrested by the Jackson County (Mississippi) Sheriff’s Department and charged him with felony pursuit. 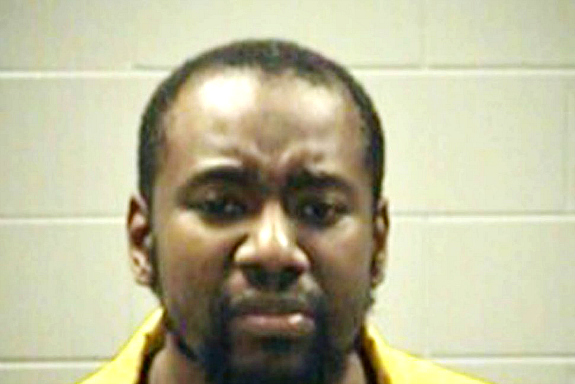 Mobile County (Alabama) officials have issued warrants for his arrest on charges of attempted second-degree assault, five counts of reckless endangerment and three counts of criminal mischief. Other charges could be filed by the Mississippi Highway Patrol and Alabama Highway Patrol.

Wednesday’s chase and standoff began at about 9 a.m. in Alabama when Mack apparently sideswiped an ambulance intentionally. He is said to have struck three vehicles in Alabama before crossing into Mississippi.

He stopped for Jackson County Sheriff’s deputies, got out of his truck but got back in and started driving west again before two of the truck’s tires were said to have been shot out by police.

Mack’s truck was eventually stopped about 16 miles west of the Mississippi/Alabama state line and was surrounded by police vehicles and negotiations began with police speaking with him on the phone. The driver is said to have had a machete with him.

Police reportedly used smoke and tear gas during the standoff, which ended at about 1:35 p.m. local time, according to media reports.

Expect I-10 construction in Mobile, Alabama to cause delays

Joshi was appointed by President Joe Biden as deputy administrator in January. The ATA sent a glowing letter of support to the committee.