Truck drivers convicted of human trafficking crimes will be banned for life from holding or obtaining a commercial driver’s license under a new federal rule.

“The commercial motor vehicle industry is uniquely positioned to help detect and report human trafficking, and thankfully professional drivers’ efforts often bring an end to these tragic situations. Sadly, however, some human trafficking activities are facilitated by the use of commercial trucks or buses,” said FMCSA Administrator Raymond P. Martinez. “By enforcing a lifetime ban on any CMV driver convicted of severe human trafficking, we aim to deliver a strong and effective deterrent to this abhorrent behavior.”

The rule defines the term “severe forms of trafficking in persons” to mean either “sex trafficking in which a commercial sex act is induced by force, fraud, or coercion, or in which the person induced to perform such act has not attained 18 years of age;” or “the recruitment, harboring, transportation, provision, or obtaining of a person for labor or services, through the use of force, fraud, or coercion for the purpose of subjection to involuntary servitude, peonage, debt bondage, or slavery.”

The rule takes effect 60 days after it is published in the Federal Register, which should be within the next week. The rule gives states three years to comply with the rule. Some states “may need to conform their licensing statutes and regulations to include this new disqualifying offense.,” according to the FMCSA.

To report human trafficking activity, contact the National Human Trafficking Hotline by dialing toll-free 1-888-373-7888 or by sending a text to 233733. 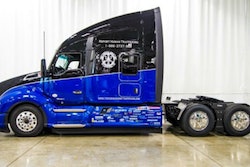 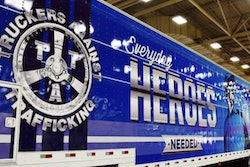 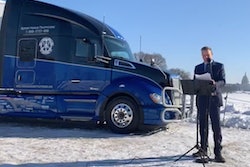