A driver from Ohio repeated as the Bendix Grand Champion of the 2019 National Truck Driving Championships last week.

Scott Woodrome, a 56-year-old driver from Middletown, Ohio representing team FedEx Freight, won the title at the American Trucking Associations’ competition held in Pittsburgh. It was Woodrome’s second consecutive year of winning the Bendix Grand Champion trophy. A total of 427 drivers competed in the contest.

“Congratulations to Scott and his great team at FedEx Freight, as well as the entire Ohio trucking industry, for repeating as this year’s Bendix Grand Champion Award winner,” said ATA President and CEO Chris Spear. “This process began with thousands of drivers competing at the state level, but only one driver can emerge as overall grand champion. It’s a true reflection of Scott’s commitment to safety and the trucking industry as a whole that he was able to take home top honors again this year.”

Woodrome, a longtime competitor in truck driving championships with more than 1.8 million lifetime safe driving miles, competed in the Twins division. He has been in the trucking industry for 25 years, spending 13 of those years with his current employer, FedEx Freight. Woodrome also took home the Twins class national title.

ATA also recognized John Sanderson as the 2019 Rookie of the Year. Sanderson claimed the title after an outstanding performance in the 3-axle division. To be a “rookie,” drivers must be first-time competitors at the state level who advanced to nationals. This year, there were 32 rookies competing at the National Truck Driving Championships. Sanderson was the only rookie who advanced to the championship round of the competition.

In addition to the individual awards, the team of drivers from Pennsylvania won the Team Championship. Pennsylvania hosted this week’s competition and had three drivers advance to the championship round. The state of North Carolina took home second place honors, with Virginia came in third.

Several individuals excelled outside the driving course throughout this week’s competition, demonstrating their professionalism, knowledge and dedication to the trucking industry. Professional truck driver Robert Dolan of XPO Logistics was recognized with the Professional Excellence award. Jason Imhoff of Walmart Transportation took home the Vehicle Condition Award for his outstanding performance during the pre-trip inspections.

Champions from each of the nine vehicle classes were also announced. Joining Woodrome on the list of national champions are: 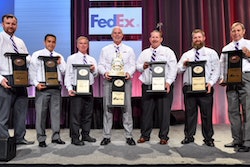 427 drivers to face off in National Truck Driving Championship 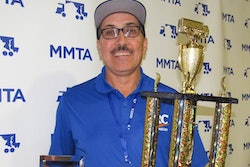 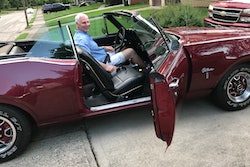 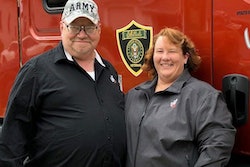