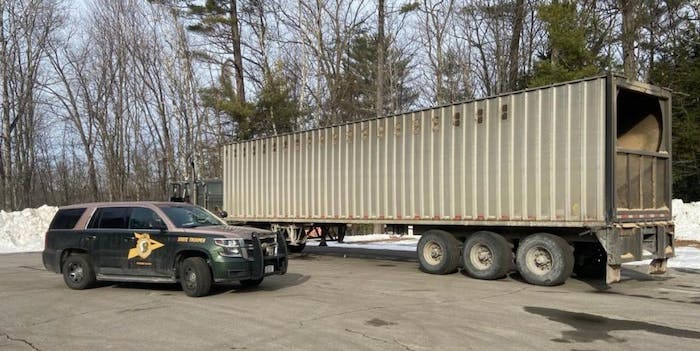 A recent one-day enforcement blitz focused on commercial vehicles by the New Hampshire State Police ended with 36 trucks and/or drivers placed out of service.

On Jan. 23 NHSP’s Troop G conducted what they called “an enforcement initiative to reduce the amount of motor vehicle crashes involving commercial motor vehicles.” In what seems like practice for the Commercial Vehicle Safety Administration’s International Roadcheck in May, troopers conducted roadside inspections of commercial motor vehicles to ensure that drivers were compliant with hours of service, had proper licensing credentials, that commercial motors vehicles were in safe mechanical operating condition, and were in compliance with size and weight laws.

As a result, Troopers inspected a total of 128 commercial motor vehicles, finding 210 violations. In total, 18 vehicles were placed out of service for safety violations. Six drivers were placed out of service for violations including not possessing a valid medical certificate, not maintaining records of driving hours, and not holding the proper class of driver’s license. Troopers issued 20 citations as a result of commercial motor vehicle inspections.

Troopers also issued two CVSA decals to commercial motor vehicles that passed a Level I inspection where no critical violations were found according to the North American Standard Out-of- Service Criteria.

In Wakefield, Trooper David Skelly stopped a 2014 Western Star tractor pulling a 2015 trailer for speeding on Route 16. As a result of the commercial motor vehicle inspection, Skelly discovered the driver was not wearing a seatbelt as it was broken, the trailer did not have proof of periodic inspection, and the vehicle was operating 20,600 pounds over its maximum 80,000-pound limit. The driver was placed out of service for failing to have corrective lenses as required by his driver’s license.

In Hampton, Sgt. Kenneth Phoenix stopped a 2014 Kenworth with a 2008 trailer on Interstate 95. During the inspection, Phoenix discovered that the truck had window tinting that only allowed 5% of light to pass through, had three brakes that were out of adjustment, one of the brake linings was so worn that it was insufficient, and the truck was unable to maintain air pressure due to a leak in the brake system’s air lines. The vehicle was placed out of service for brake system pressure loss and for having more than 20% of the vehicle’s brakes being defective. The driver was placed out of service for failing to keep a record of his driving duty status.

Also in Hampton, Trooper First Class Frank Campo stopped a 2018 Freightliner operating on Interstate 95. The vehicle was found to be operating in violation of a Federal Motor Carrier Safety Administration Operational Out of Service Order and the driver did not possess a commercial driver’s license. The driver and vehicle were placed out of service and the vehicle was towed from the scene.

In Belmont, Trooper First Class Dupont assisted the Belmont Police Department with a collision involving a 2018 Mack tractor and 2003 trailer. The tractor-trailer took down a traffic light after going off the roadway. The truck was ultimately placed out of service due to the damage sustained in the crash. 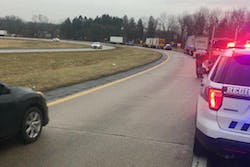 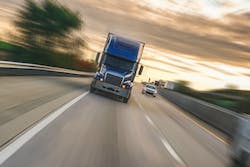 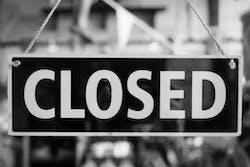 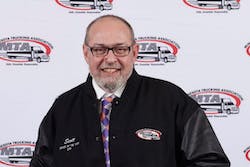