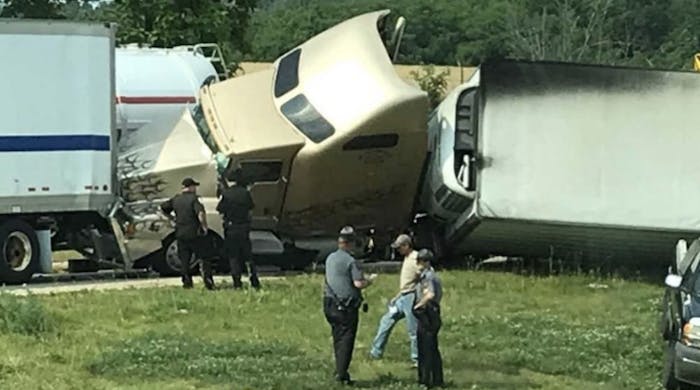 Authorities in Pennsylvania are blaming heavy rains and driver inattention in connection with a series of accidents Wednesday, July 8 on a stretch on Interstate 81 and Interstate 78.

Spokespersons for the Pennsylvania State Police and the Pennsylvania Department of Transportation today said heavy rain was reported at the time of several of the crashes that claimed one life. However, neither agency had further details, including the name of the person who died in one of the wrecks or the number of people injured.

The spokespersons did say that I-81 and I-78 were closed for extended periods of time so two of the more than two dozen tractor-trailers involved in the collisions could be unloaded by hand. PSP and PennDOT both also said numerous heavy-duty tow trucks were required to remove all of the damaged tractor-trailers.

Numerous tractor-trailers were involved in five separate accidents over a 10-miles stretch on Interstate 81 and on I-78 in Pennsylvania Wednesday, July 8, afternoon, claiming one life and jamming up traffic for miles.

One person is said to have died in a crash.

The cause of the multiple accidents remains under investigation, and drivers were not identified. There were reports of rain in the area of the accidents, which is also known for fog.

Joleen Hofer, a trucker posted this in our She Drives Facebook group:
“I was there. I went on US 22 to go around after they started wrecking. It was raining. Limited visibility and road was slick as ice. Several cars were going way too fast and I believe cars caused the mess by cutting in and out of traffic. The cars were not leaving enough room when they came in front of trucks.”

Marlin Horan said:
“Improper grade of asphalt, which gets very slick when raining. Started raining hard and 4 wheelers slamming on their brakes.”
Nathan Jay Bell:
“PA is not known for laying quality blacktop. I swear to save money they are recycling frying oil.”

The northbound lanes of I-81 reopened shortly after 9 p.m., but the southbound lanes were not cleared until about 1:30 a.m. today, according to PennDOT.

The collisions occurred in Lebanon County northeast of Harrisburg.

We have calls into PennDOT and the state police and will update this sorry as more details become available. 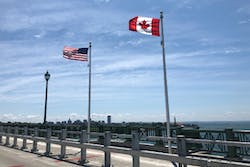 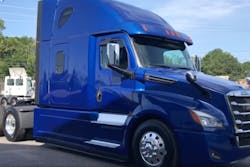 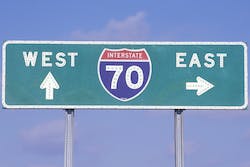 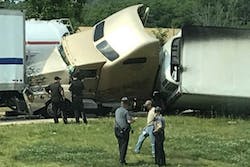