A truck driver escaped without injury what a police officer called “one of the worst wrecks I have ever seen” on Interstate 15 in Arizona over the weekend.

The crash occurred at about 4 a.m. Saturday, Aug. 8 on the No. 7 Bridge over the Virgin River Gorge in the northwest corner of Arizona, not far from St. George, Utah. Traffic on northbound I-15 was rerouted for some 13 hours.

Reports of the crash say a northbound tractor-trailer hit the guardrail with the trailer eventually hanging over the side of the bridge. Police say the driver managed to kick out the windshield of the truck and climb to safety just before the rig caught fire. Pieces of the tractor-trailer fell into the gorge below starting several brush fires. 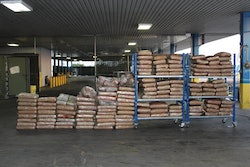 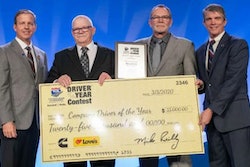 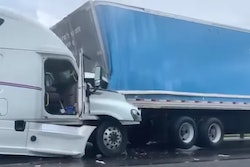 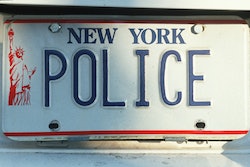