Three drivers inured in collision, fire on I-81 in northeast Tennessee 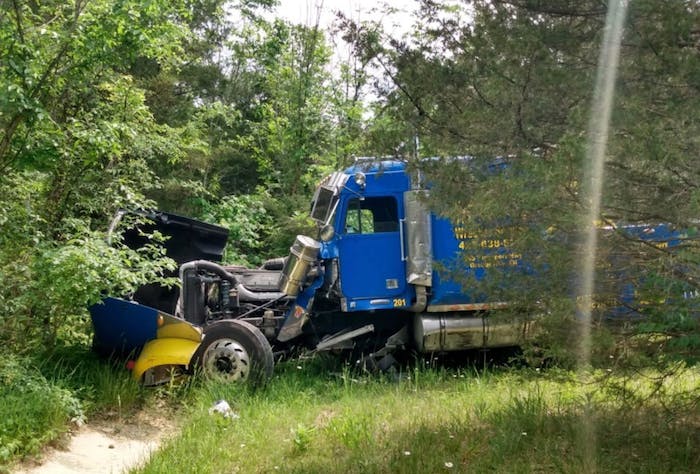 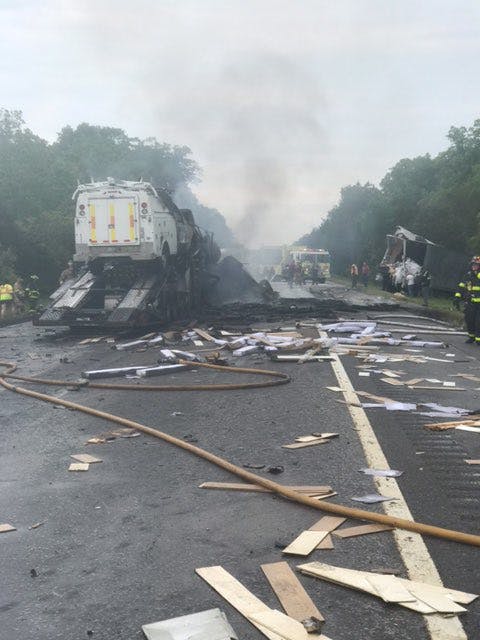 Authorities in Tennessee say three people were injured Tuesday afternoon, May 25, when two tractor-trailers and a tow truck were involved in a collision on northbound Interstate 81 near mile marker 36.

The Volvo became fully engulfed in fire in the middle of both lanes.

The identities of the three drivers were not released.

I-81 was closed for much of the evening. 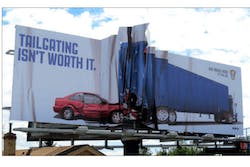 Billboards may be funny, but they do carry a strong safety message 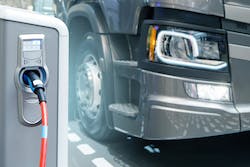 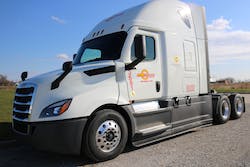 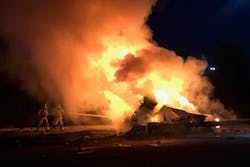