A major truck driver training organization Thursday said it opposes legislation recently introduced in the U.S. Senate that would grant exemptions to federally-mandated entry-level training for some drivers of commercial motor vehicles.

The Commercial Vehicle Training Association called on Congress to reject the Trucking Regulations Unduly Constricting Known Service-providers (TRUCKS) Act, which was introduced earlier this month in the U.S. Senate by Sen. Kevin Cramer (R-North Dakota) and Sen. Mike Rounds (R-South Dakota). The bill would allow states to issue a new “Small Business Restricted CDL” so provisions of the Entry Level Driver Training rule would not apply to businesses with nine CDLs or less. The legislation also would allow states to exempt employees of agriculture-related industries, school districts, and local units of government from ELDT provisions.

"Fatal crashes involving large trucks increased by 33 percent between 2011 and 2020, highlighting the need for continued vigilance regarding safety on our nation’s roads," said CVTA's statement. "CVTA strongly opposes this proposal that would severely weaken training requirements that enhance highway safety and took decades to put into place.

"These standards are not onerous to comply with. They require training instructors to teach to and students to demonstrate proficiency in a curriculum without instruction hours requirements. ELDT standards were developed as the result of a consensus recommendation made by an advisory committee of 26 stakeholder organizations, including CVTA as well as truck driver organizations, motor carriers, and law enforcement. The decades of training experience held by CVTA members, most of which are small businesses that operate truck driver training programs, are reflected in these safety standards."

The ELDT set minimum training requirements for entry-level drivers of commercial vehicles. It went into effect in February of this year, and apply to anyone seeking a Class A or Class B Commercial Driver’s License (CDL) or license endorsements to drive school buses, large passenger vehicles, or transport hazardous materials.

CVTA said the proposed legislation "creates overly broad exemptions from these critical safety requirements." It adds that "reasonable exemptions from ELDT already exist. Farmers, military drivers, firefighters, and other emergency response personnel can be exempted from ELDT under current rules."

"The reckless exemptions proposed in this legislation provide broad authority to the executive branch to expand who is considered to be a “farm-related service industry” employee and allow them to bypass safety requirements without a guarantee that an exemption would provide for an equal or greater level of safety," said the CVTA. "Creating an arbitrary threshold that would exempt small business employees from safety requirements would invite irresponsible businesses to game the system. The cumulative impact of these exemptions would effectively gut the minimum training rules that provide for greater safety on our roads."

“With the current supply chain issues and shortage of truck drivers nationwide at a time of tremendous demand, the last thing the transportation industry needs is more overbearing, bureaucratic red tape placed on them by the Biden Administration,” said Senator Cramer when introducing his legislation. “The TRUCKS Act allows states to exempt certain drivers from new ELDT requirements and provide regulatory relief to small trucking businesses ensuring we have drivers on the road to keep interstate commerce moving.” 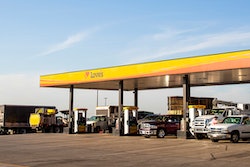 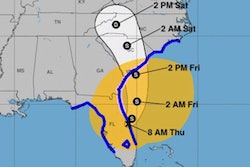 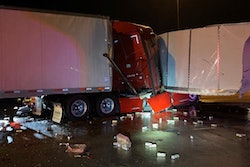 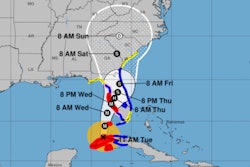