A New York state legislator has proposed a bill that would waive fees for commercial driver's licenses until the end of 2024.

Assemblyman Angelo Santabarbara, a Democrat from Schenectady proposed the waiver earlier this week in response to the need for commercial vehicle drivers and supply chain problems.

“All of these fees can create burdensome barriers for working class people that may be considering a new career that requires a commercial driver’s license at a time when these jobs desperately need to be filled,” Santabarbara told Spectrum News 1. “My hope is that a two-year moratorium on these DMV fees will help encourage people to take good paying jobs in vital areas such as school buses, snow plows, and delivery trucks.”

The new location is driven by the company's growth.

“'We’re busting at the seams,' said Charles Jordan," reports The Natchez Democrat in its coverage of the groundbreaking ceremony earlier this week. He said the expansion will allow the company to add 50 more office employees and another 100 drivers in Mississippi.

Mississippi Gov. Tate Reeves was one of many dignitaries attending the event.

“When you think about it, the amount of money that flows to families across Mississippi and the number of families that are dependent upon Jordan and the jobs here, it's food on the table for kids and grandkids," Reeves told the Democrat.

Construction is under way on a new travel plaza in Belvidere, Illinois, which is slightly east of Rockford along Interstate 90.

The Rockford Register Star reports the new location will have a "12,000-square-foot convenience store with three restaurants — Jimmy John's, Wing Stop, and Smoothie King — and a 16-vehicle fuel bay with parking for 65 semi-trucks."

The fuel center is expected to be open in the summer of 2023. 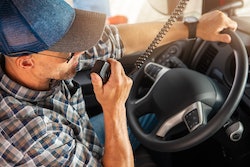 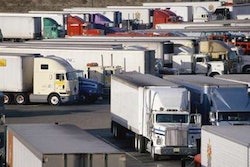 ATA thanks Buttigieg for DOT's attention to creating more parking 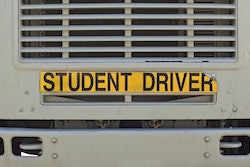