The American Trucking Associations Monday honored four individuals and organizations for their commitment to improving the public image of the trucking industry with the Mike Russell Trucking Image Award.

This year’s winners include:

First awarded in 2007, the Mike Russell Trucking Image Award is given to an individual, motor carrier, trucking organization and industry supplier who each demonstrates excellence in illustrating the industry's essentiality, professionalism, and commitment to safety on and off the highways. The award is sponsored by Great West Casualty Company.

“We are proud to recognize Nikki’s outstanding leadership and commitment to addressing some of our most immediate social, humanitarian and environmental needs, work that is strongly aligned with Trucking Cares Foundation’s mission,” Spear said. “She pioneered the largest training initiative in our industry to combat human trafficking and coordinated the in-kind distribution to COVID-19 vaccines and cold chain freezers to disadvantaged countries around the world.”

In addition to her work at UPS, Clifton is a National 4-H Luminary and serves on the Board of Directors for both the Girls Scouts Nations Capitol and Points of Light.  She was also appointed to the Department of Transportation Advisory Committee on Human Trafficking and serves on the Advisory Board for the CARE Global Network Leaders.

This marks the first time the Trucking Cares Foundation has presented the newly renamed William “John” Lex Achievement Award, which comes with a $5,000 donation to the winner’s preferred charity.

“Mike has grown a small family trucking company into a leading employer in his home state of Oregon,” said ATA Executive Vice President of Advocacy Bill Sullivan. “He has leveraged that vital economic importance to make his voice heard with leaders of Congress and his state government. He is a shining example of how our industry can innovate its message and build relationships that make a difference with policymakers that make a difference.”

Named for longtime ATA lobbyist Cathy Evans, the Highway to Victory Award is presented annually to an ATA member who has made significant contributions to the Federation’s advocacy efforts at the state and federal level. 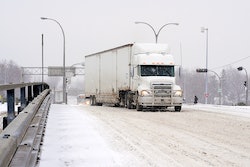 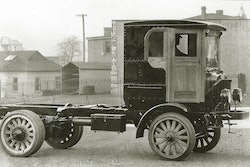 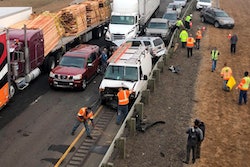 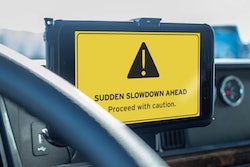