Patrick Gorena was a border investigator for the Federal Motor Carrier Safety Administration, according to a statement from the U.S. Attorney's office for the Southern District of Texas.

As part of his plea, Gorena admitted that when auditing a trucking company, he did not report safety violations that would have exposed the company to potential fines and the loss of its DOT license. In return, Gorena demanded $3,500, according to the statement.

However, he ultimately accepted $2,000 from an undercover law enforcement officer posing as a representative of the trucking company.

U.S. District Judge David Hittner will impose sentencing April 18. At that time, Gorena faces up to 20 years in prison.

He was permitted to remain on bond pending that hearing.

The Women in Trucking Association (WIT), Truckstop, and the Transportation Intermediaries Association (TIA) are seeking nominations for the 2023 Distinguished Woman in Logistics Award (DWLA). The award started in 2015 to recognize outstanding individuals for their achievements and leadership in logistics.

The award is open to high-performing women in any field related to logistics, including supply chain management, third-party logistics, and trucking.

The winner of the award will be announced during the TIA 2023 Capital Ideas Conference & Exhibition, on Friday, April 21 in Orlando, Florida.

Anyone can nominate a candidate by completing and submitting the nomination form by Feb. 20.

A CDL training facility in Springfield, Massachusetts will close next month.

Tri-State CDL Training Center will close early next month. The property it occupies has been sold to the Massachusetts Department of Transportation. The state plans on developing the 25-acre site for a rail maintenance facility

Morgan Finn, owner and instructor at Tri-State since it began 25 years ago, told masslive.com he expected to retire.

Trucker Poll: Did you make any New Year's resolutions?

Study identifies hurdles to an all battery-electric trucking fleet 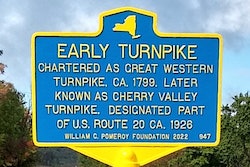 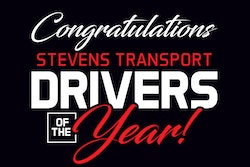 Dallas carrier honors drivers of the year in eight categories 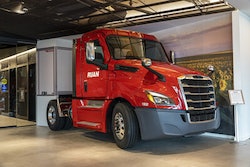 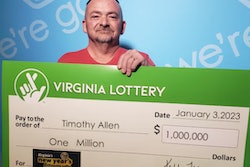