When Janeane Skelton’s on the job, she’s a driver for FedEx Freight running a dedicated route overnight from her hometown of Reno, Nevada to Sacramento, California. Skelton also drives in her down time, but not a semi-truck. Instead, Skelton likes to drive her Jeep Wrangler on rocky trails and up mountains with a driving club, the Sierra Stompers.

“I love the Stompers because their biggest thing is nobody gets left behind. If anybody breaks, we all help each other and we lift each other out if possible and make sure that everybody gets home safely,” Skelton said.

She’s modified her Wrangler with bigger tires and flat fenders. Currently, she has the top and doors off to embrace the warmer weather.

“As soon as it’s warm enough to basically wear a t-shirt, then everything’s off and it’s so nice,” Skelton said. “It seems kind of scary without your doors for the first time, but you have your seatbelt on and once you get bit by the adrenaline rush of owning a Jeep and driving it, you just can’t get away from it,” Skelton said.

Skelton drove trails by herself until she met a woman at a gas station who happened to be a member of the Stompers. After chatting with her, Skelton decided to go to find out more.

“I went to a meeting and met some of the people and they’re so warm and welcoming. Jeep people are very helpful and just go out of their way. If something breaks they’ll come over and we’ll have a barbecue and fix each other’s Jeeps. It’s a great group,” Skelton.

Skelton takes her border collie, Keana, with her on the trails. She uses a three-point harness to secure Keana, so that the dog has just enough room to lean out to feel the air without being at risk of falling out.

“Keana has basically made it her Jeep and I’m allowed to drive it,” Skelton said.

The Stompers go rock crawling and drive trails in the Sierra Nevadas. They drive up to lakes that are only accessible by Jeep trails or in trucks that are built to handle the trails.

Skelton’s favorite trail is the Spooner Summit to Kingsbury Grade in Nevada, a mile-long trail that leads up to Genoa Peak, which offers scenic views.

“I would say it’s one of my favorites because of the views. It’s not that technical of a trail, where the Jeep gets beat up and I get beat up and everything,” Skelton said. “It’s just enough to have fun at but the views are astounding. The wildlife, Lake Tahoe — it’s one of those that takes your breath away.”

Currently, Skelton is not driving while she recovers from a back surgery. She was hit by a forklift on a dock and sustained serious injuries, but she’s hoping to return to the driver’s seat by October.

Skelton says her favorite thing about trucking is similar to what she likes most about driving her Jeep: The views. Even though she drives a dedicated route, she says the scenery is different each time.

“It’s never the same every day. Even though I drive the same route from Reno to Sacramento every night, everything is different. Every day is different,” Skelton said. 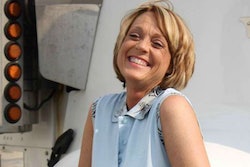 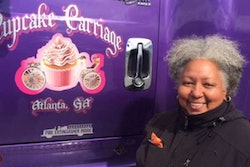 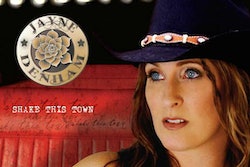 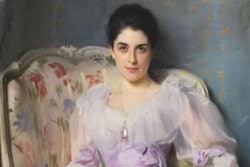 Online service provides free books you should have read