When owner-operator Ingrid Brown, from Mountain City, Tennessee, was diagnosed with melanoma skin cancer June 1, she was in her truck headed to Houston to make a delivery. The cancer treatment center wanted her to come in immediately for treatment, but Brown told them they’d have to wait: “I’ll see you in a week,” she told them.

She had surgery a week and a half after her initial diagnosis, but recently found out she is in another malignant stage and must have another surgery. Still, though, she keeps driving, balancing her melanoma diagnosis with her driving career.

“I’m getting that taken care of. I’m going to run all the way up just like I did this last time and go get it done and I’ll be right back in the truck,” said Brown, an owner-operator leased to Rabbit River transport in Holland, Michigan, hauling Boar’s Head products in a reefer.

Melanoma is the most dangerous form of skin cancer, according to the Skin Cancer Foundation. Brown said her treatment approach is like playing an old school carnival game. She never knows when or where the melanoma might flare up, but when it does she and her treatment team address it.

“(My) oncologist said, ‘You’ve gone from normal to a new norm of Whack-A-Mole,'” Brown said. “When it pops up we attack it and get rid of it and we just kind of sit and wait until the next go.”

Melanoma runs in Brown’s family. Both her grandfather and her aunt died from it, and now that she has this diagnosis she is more susceptible to the other skin cancers.

“It didn’t really come from skin damage or anything like that to start with, but now it can reduce to that because the cells are already there. Sun and damage from the sun can generate that to become active,” Brown said.

She has to wear chemo cream on the left side of her face, which is the side of her face that gets the most sun as she’s trucking. Her cancer treatment team reached out to her because they were concerned about how that daily sun exposure could cause her cancer to flare up.

“They were like, okay, we have to figure out some way to keep the sun off of you through that window if you’re going to continue driving a truck,” Brown said. “I’m going to find my options and find out what I can legally do, because you can’t tint windows legally.”

She plans to reach out to the Department of Transportation and Federal Motor Carriers Safety Administration to see what her options are. She doesn’t want special treatment, but she knows there are other truckers out there going through something similar that also probably need to know what they can do to protect themselves from the sun.

“There has to be something or some way. Because after 38 years out here, I don’t think because I can’t put a slight tint on my window that I have to give up my career. I’m almost 56, where am I going to go? And I own my own business,” Brown said.

When Brown was first diagnosed, she didn’t know much about melanoma. Now, she talks openly about her diagnosis and treatment because she wants to help others become aware of it and find out how to prevent it.

“I stay so busy in the industry to do the best I can do to try and help somebody else that this couldn’t happen. It was like okay, it has. Now what do I do about it? I’ve got to fix it. Because if I can’t fix it then I can’t continue to go on and now I have something new to try to help somebody with. I’ll be doggone if the thing was going to get me,” Brown said.

Growing up in a family with their own large road construction company meant Brown started her trucking education young.

Her father had asphalt plants and built roads. She grew up learning to drive dump trucks, moving heavy equipment and pulling asphalt tankers. It was a hands-on crash course in trucking, and she loved every moment, getting her CDL in 1979. Today she drives a 2017 Peterbilt 389 named “Miss Faith.” It has a 600 HP Cummins engine and 18-speed transmission with a custom paint job.

Brown has volunteered with Trucker Buddy International, a mentorship program between drivers and schoolchildren, since 2003. She is also a board member of the Pure Country Livestock Association, a non-profit that provides assistance to families in the trucking industry through donations when a driver is in an accident. She was on the National Association of Small Trucking Companies’ 2015 America’s Driver Team and is a former Overdrive’s Most Beautiful award finalist.

“I don’t have to truck. I love to truck. I could find something else to do with my life, but it would never be what I have here and it’s the people that make the experience,” Brown said. 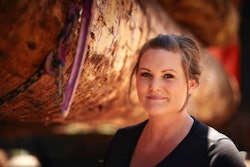 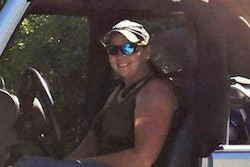 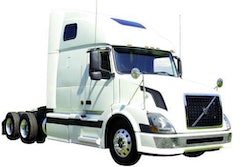 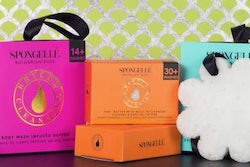